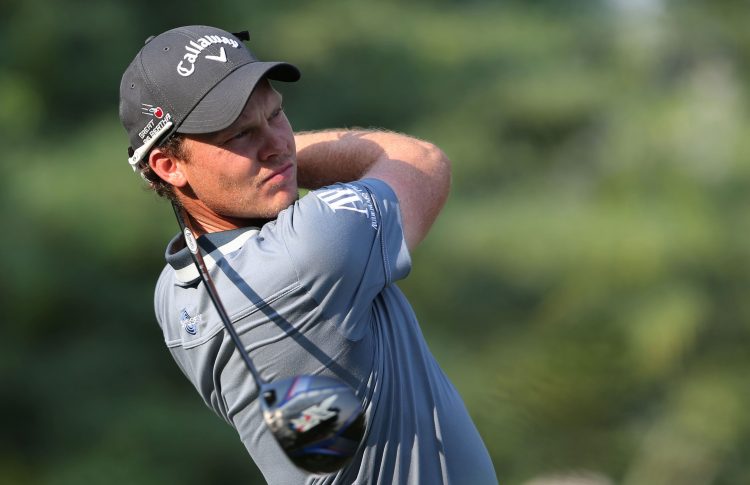 The 26-year-old opened his tournament with a 67 on Thursday to lie one-shot off the pace, and he hit five birdies with just one bogey to follow up with a 68 on Friday to move onto nine-under-par.

Long’s four-under-par round has put him on top of the leaderboard, albeit with the slenderest of advantages as Sweden’s Marcus Kinhult (9/1 Outright) hit a superb 66 to move one shot behind him, alongside Richie Ramsay (17/2) and joint first-round leader Thorbjorn Olesen (11/2).

Denmark’s Rasmus Hojgaard (6/1) sits alone in fifth on seven-under-par after a round of 69, while four players share sixth, including host Danny Willett (pictured), just one shot further back.

Willett’s (10/1) majestic seven-under 65 – the round of the day – put him alongside Justin Walters, Marcus Armitage and Sebastian Soderberg, and the Sheffield native believes he can climb the leaderboard once again on Saturday afternoon, despite a slow start on Thursday.

He told the DP World Tour: “It was just really a tale of two halves.

“Today felt like me (playing). Yesterday felt like my brother. It’s nice to be in position going into the weekend. Fingers crossed, we can play well.

“The crowds have been amazing. Even at 8.30 this morning, they were a few rows deep down 10. Fingers crossed they keep piling in, and we can play well.”

Despite a one-over 73, Ryan Fox (18/1 Outright), who shared the first-round lead, still has a share of 10th, with Mikko Korhonen, Paul Waring and Ashun Wu all in the mix heading into the weekend.

Defending champion Richard Bland failed in his quest to successfully defend the title as he missed the cut, as did the likes of Lee Westwood, Andy Sullivan and Marcel Siem.