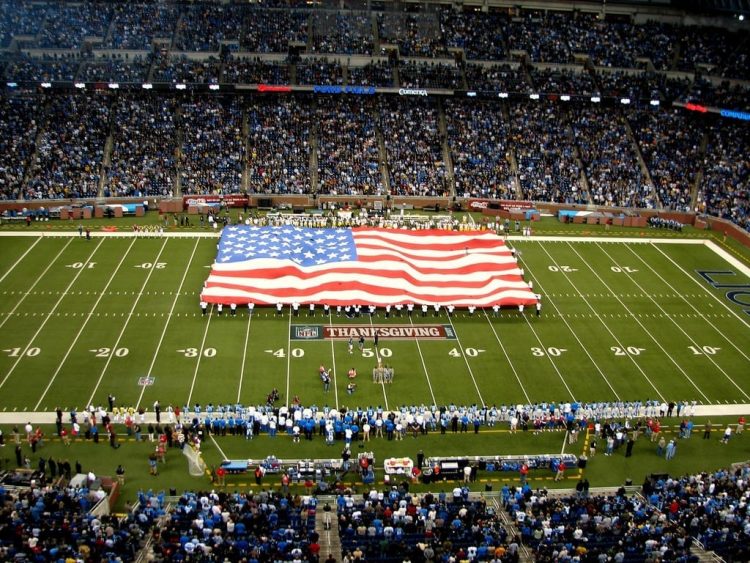 The battle for NFL supremacy comes to a head on Sunday when the Cincinnati Bengals, 13/8 to win their first ever Super Bowl, take on the Los Angeles Rams at the SoFi Stadium in the 56th edition of the season finale.

AFC champions the Bengals, who have dispatched the Las Vegas Raiders, Tennessee Titans and Kansas City Chiefs, will be taking part in their third Super Bowl after last appearing in the 1988 spectacle.

NFC champions, the Rams, who will be playing in their home ground where they have won seven of their 10 matches this season, are preparing to participate in their fifth Super Bowl as they aim to land their second ring.

With so much on the line in the battle for the Vince Lombardi trophy, we have taken a look at the top 5 players for each side ahead of the contest in Inglewood, California.

In just his second NFL season, Burrow is aiming to become the first-ever QB to win the Heisman Trophy, the National College Championship and the Vince Lombardi Trophy.

The 25-year-old is one of the best around in his position, and he has improved his game even further during the postseason, throwing for 842 yards and four touchdowns with a completion percentage of 68.8.

Burrow’s number one target this season has been wide receiver Ja’Marr Chase, which isn’t surprising given the fact they played together in college at LSU, and the latter has shown his quality to reach the Super Bowl in his rookie year.

The 21-year-old has 279 receiving yards from 20 receptions in the postseason, the fourth-highest, while he has managed to find his way into the End zone once. He can be backed at 11/10 to score a touchdown anytime on Sunday.

Logan Wilson has been a rock for Cincinnati in the postseason, clocking up 30 tackles (solo and assisted) to sit top of these charts, and he could have a big part to play in this contest.

Sam Hubbard has been a crucial figure for the Bengals, and his performances in the postseason have been a major reason why the franchise are duking it out for Super Bowl glory.

The defensive end has three sacks to his name, leaving him joint-second in these charts, while he also has 14 tackles to his name.

If the passing game is being shut down for the Bengals, they could decide to run the football more, and this could present running back Joe Mixon with the opportunity to make some yards and potentially get into the End zone.

The 25-year-old leads rushing yards in the postseason with 190, averaging 3.7 yards per rush attempt and 63.3 per game, while he has scored one touchdown to help his side reach the Super Bowl.

Matthew Stafford may not be in the top five quarterbacks this season, but he has managed to utilise the attacking options at his disposal to ensure Los Angeles play the Super Bowl in front of their home fans.

The 34-year-old is still chasing that elusive first ring, but if his defence can wrap up opposing QB Burrow, Stafford will likely see plenty of the ball and have the chance to create some scoring opportunities.

Von Miller knows what it takes to win a Super Bowl, having triumphed with Denver Broncos in 2016, and it was his performance in this game that saw him crowned MVP.

The 32-year-old has two sacks and 12 tackles to his name in the postseason, and he will be eyeing up Burrow come Sunday.

Like Miller, Aaron Donald will be hoping to get a chance to sack Burrow, and there is every chance this could happen, given the fact the defensive lineman has excelled in doing just that this season.

The 30-year-old had 12.5 sacks during the regular season, leaving him joint-seventh in the standings, and he has continued that impressive form with 1.5 sacks and nine tackles in the postseason.

One of the attacking options available to Stafford is wide receiver Cooper Kupp, who is enjoying a record-breaking season with 145 catches, 1,947 yards, and 16 touchdowns. He leads the NFL in all three categories.

Expect Kupp to be targeted plenty of times during the contest, and if he can improve on his current postseason stats, which stand at four touchdowns and 386 receiving yards, he is likely to land his first Super Bowl ring.

While Stafford may have the likes of Kupp, Odell Beckham Jr and Van Jefferson to aim for, they also possess a great running back in the shape of Cam Akers, who has really stepped up in the postseason.

The 22-year-old has 151 rushing yards, a total only bettered by Mixon (190) and Elijah Mitchell (169), and he could cause problems on the run if Stafford decides to mix things up during the game.