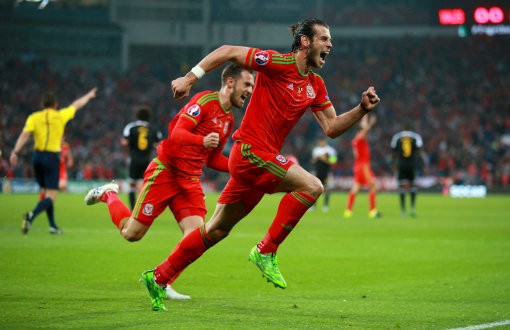 Wales are confident Gareth Bale will be able to play in their crunch World Cup play off match against Austria (Match Betting – Wales 7/4, Draw 19/10, Austria 13/8) after he was forced to miss Real Madrid’s El Clasico defeat on Sunday night.

The 32-year-old missed the 4-0 defeat to Barcelona because of a back problem, according to boss Carlo Ancleotti, though it is thought that he should be okay to play against Austria.

Bale, who earned his 100th Wales cap in the autumn against Belarus, has only featured five times for Los Blancos this season in what has been another disappointing campaign for him personally.

He returned to action in February from a calf injury, playing 74 minutes in their goalless draw away at Villarreal.

Three days later, he made a short cameo appearance off the bench in their first-leg Champions League last-16 defeat by PSG but has played no football since.

Ancelotti explained on Sunday that Bale was unable to take part despite trying to get himself ready, and now the decision is down to Wales.

“He tried this morning but he wasn’t up to playing,” the Italian said.

“He’s now going to join up with his national team and they’ll decide whether he plays or not.”

Aaron Ramsey has also joined the camp along with captain Bale (Anytime Scorer – Bale 2/1, Ramsey 18/5) after making his first Scottish Premiership start for Rangers at the weekend.

The midfielder joined the Gers on loan in January and played 84 minutes of their 2-1 win at Dundee, scoring the equaliser.

A win for Wales against Austria would see them face either Scotland or Ukraine for a place in the Qatar World Cup.

The match between the latter has been postponed for now, owing to the ongoing Russian invasion.