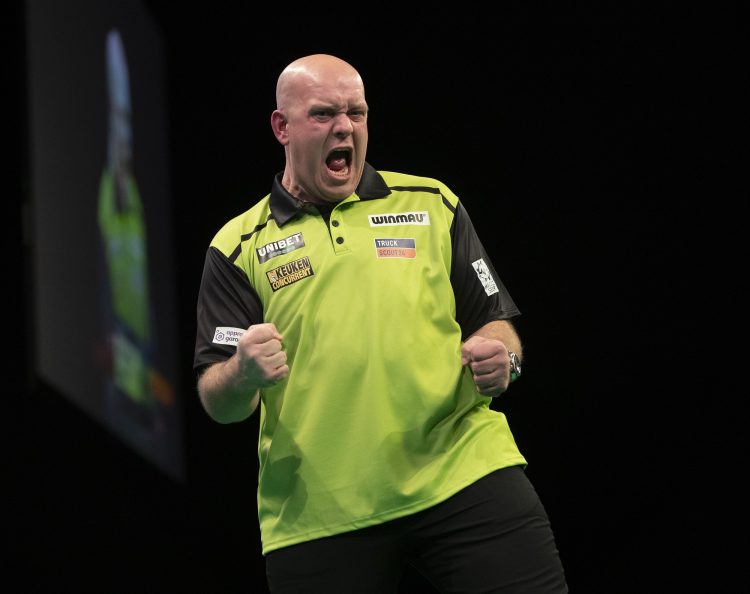 Michael van Gerwen (3/1 – To win Night 7) says he is enjoying the new Premier League format and is determined to pick up a third victory this year on Night 7 when the action takes place in Rotterdam later.

The Dutchman has emerged victorious twice so far, on Night 4 in Exeter and Night 5 in Brighton, and will be aiming for a third success at the Ahoy venue in his home country.

Van Gerwen faces Englishman Michael Smith first up on Thursday and he should get plenty of backing from the local fans in Rotterdam. The 32-year-old says this year’s format, which sees the eight players play a mini-tournament of quarter-finals, semis then a final each week, works well, although he admits it makes for a tough challenge.

He told De Telegraaf: “To get a week victory, we now have to win three matches at the highest level. That’s not easy, but when we do, it’s very satisfying. For the people at home and in the hall, it is of course very nice. They are watching an evening that is working towards a climax and with a bit of luck you will see your favourite player in action three times.

Van Gerwen is expecting a vibrant atmosphere in Rotterdam and is focused on securing another victory to stay top of the table.

He added: “I’m looking forward to getting goose pimples on my arms again. It’s very simple, I just have to win on Thursday night.”

Peter Wright (7/2 – To win Night 7) currently sits second in the standings, two points behind Van Gerwen, and the Scot faces James Wade, who has yet to win a Night and is second-bottom of the table, in his quarter-final (Wade 7/4, Wright 4/9 – Match betting).

The other two quarter-finals in Rotterdam are Gary Anderson taking on Joe Cullen (Anderson 4/6, Cullen 6/5 – Match betting) and there’s an all-Welsh affair between Jonny Clayton and Gerwyn Price (Clayton 11/10, Price 8/11).