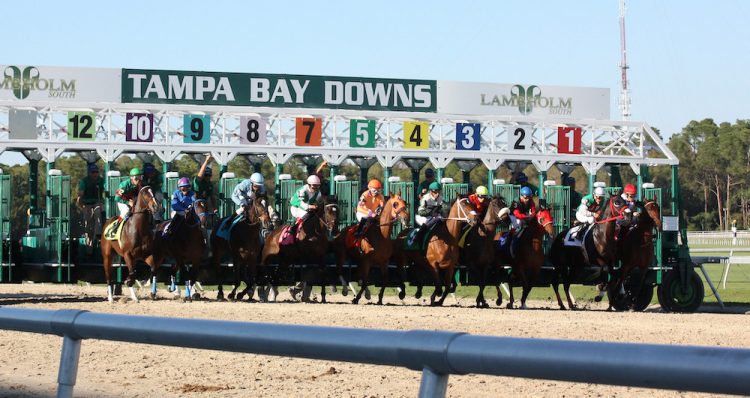 US Racing fans have eight cards to get excited about on Wednesday with the action getting underway from Tampa Bay Downs at 17:35 and running through until the 03:17 at Charles Town.

In the former, 5/2 Rumpole could strike having won here back in January, while an hour and 25 minutes later, look out for Seclude (SP) who drops down in class here and is another who has previously won at this venue, albeit in January 2021.

Onto Louisiana Downs’ seven race offering and the card in Bossier City also contains the Extra Place Race on the 20:36.

Connections will hope Trump Card Kkr (SP) can go show improvement as he drops down in class after an encouraging third here last time out.

There’s a bumper 10 contest card at Turf Paradise from 20:25 to 00:37 and punters can again take advantage of the Extra Pace Race offer on the 23:13 with the question undoubtedly whether Smooth Rithms (SP) can finally justify her hype after twice being beaten as the favourite.

Penn National’s eight races run from 23:00 to 02:10, while there is another octet of excitement at Evangeline Downs.

The Louisiana circuit’s offering runs between 23:30 and 02:40 and the Extra Place Race is in play on the 23:57. Sadie’s Light (SP) could just sneak it, having shown up better in superior races in recent months.

Finally, to Charles Town, with the closing card of the day featuring another eight races, starting at 00:00 and concluding at 03:17.