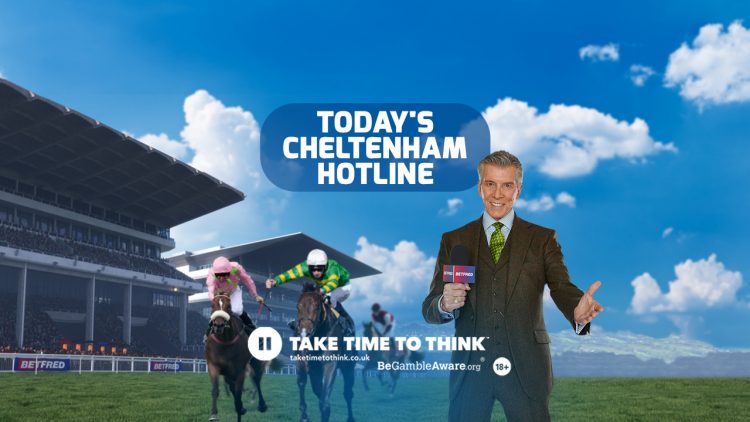 Wednesday looks set to see the last race for Tiger Roll, with the two-time Grand National winner going in search of a sixth success at the Cheltenham Festival.

Now 12-years-old, the jumping legend lines up in the Glenfarcas Chase (16:10), over the cross-country fences, looking to claim yet another big win for connections.

A lot has been said about the decision not to run Tiger Roll in next month’s Grand National, but there was never any doubt that he would be at Prestbury Park for the Festival.

Gordon Elliott is certainly upbeat over his charge’s chances of another win in the 3m 6f contest, which he won by a massive 18 lengths last year.

Trainer Elliott admitted: “He seems to be in great form and having the sun on his back over here for the last couple of days and put a real pep in his step.

“It would be unbelievable if the fairytale comes true. He couldn’t be in any better form anyway.”

Tiger Roll is 15/8 to make it first past the post and it’s his stablemate Delta Work that could offer the biggest threat this afternoon.

The nine-year-old has won six of his 15 races over the bigger fences and is also a previous winner at the Cheltenham Festival.

Delta Work, who will be ridden by Jack Kennedy, won the Pertemps Handicap Hurdle back in 2018 before finishing third in the RSA Novices Hurdle the year after.

The second of three Elliott horses in the field, Delta Work finished fifth in the Gold Cup in 2020 and is available at 6/1 to come out on top today.