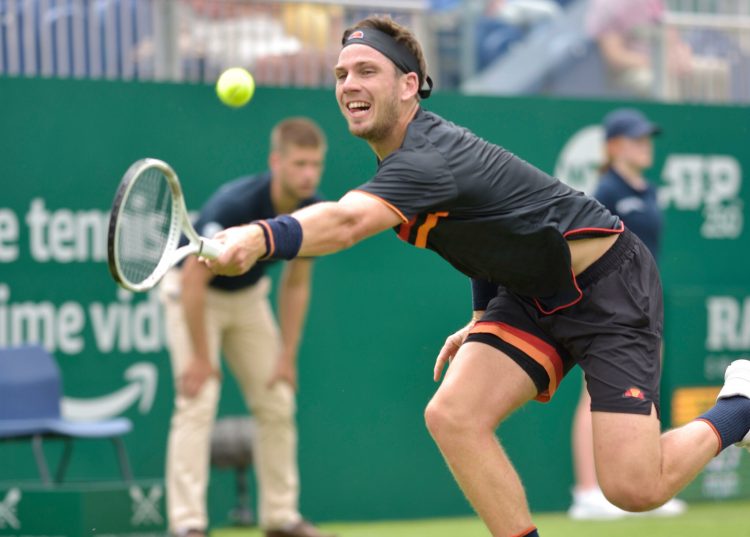 British number one Cameron Norrie (100/1 Wimbledon outright) has been knocked out of the quarter-final stage at Eastbourne by American Maxime Cressy while Harriet Dart lost against Petra Kvitova.

Both Brits were beaten in straight sets as they prepare for Wimbledon which begins next week.

Norrie, the number one seed heading into the tournament, lost 7-5 7-5 to the French-born US star, who is currently ranked world number 63.

It was a disappointing first set defeat for Norrie who led by a break but Cressy’s serve-and-volley technique proved to be very useful in the contest.

Norrie served to take the set into a tie-break but lost in unfortunate circumstances when a bobble off the net cord handed it to Cressy.

Then, world number 12 Norrie’s serve faltered in the second set and Cressy went on to deal the same set by the same scoreline.

Norrie has never gone beyond the third round of Wimbledon but has also never been ranked as high.

“The court conditions were amazing,” Cressy said during his on-court interview.

“Thank you to the crowd for making the match so special and bringing an incredible environment. It is a big win for me.”

“It has been a tough past three months, but I have stayed resilient and I knew my time would come. My confidence is back and I am proud of myself and so happy.”

Meanwhile, Dart lost 6-3 6-4 to double Wimbledon champion Kvitova (25/1 Wimbledon outright) as she aims, like Norrie, to go beyond round three at the All England Club.

The wild card – currently ranked at world number 103 – had won three games to get to the quarter-final stage but the 32-year-old Czech star was too strong for her.