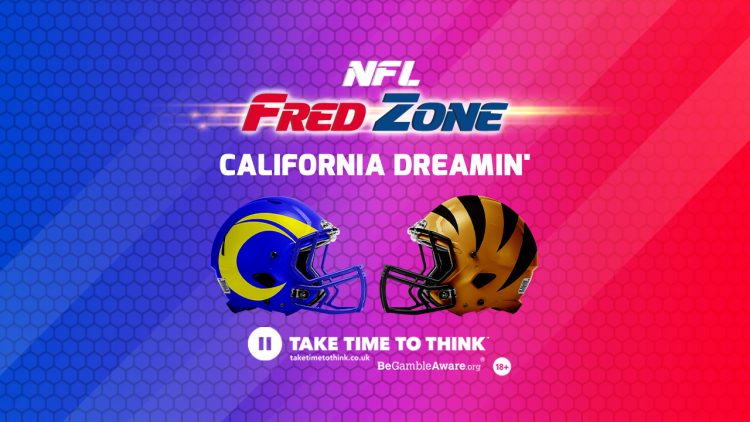 Not long to go now. It’s Super Bowl week, and all roads lead to the SoFi Stadium, on Sunday. Fevered speculation is the order of the day between now, and then – and a super-sized slice of California dreamin’ ….

Great defenses allegedly win Super Bowls, and three years ago the Patriots beat the Rams 13-3. That apart, there’s usually a decent return points-wise, but I get what’s being hinted at.

12 months previously the Pats/Eagles final produced 74. Anything can, and doubtless will, happen on the day. Last year Brady’s Bucs and their formidable ‘D’ kept Mahomes, Kelce, Hill and company to just nine measly points. So – who among the playmakers will come out on top?

It’s hard to imagine a sport where one position is as pivotal. As crucial to its team’s success. I’m talking of course about quarterback, and the men in possession of the field on Sunday are Rams’ John Matthew Stafford, and Bengals’ Joseph Lee Burrow.

Stafford’s a relative veteran compared to Burrow. At 34, he swapped the invariable, relative season-long struggles of Detroit for the sunlit uplands of Los Angeles. Matt was traded in a deal last March that involved QB Jared Goff going the other way, and some key draft picks ceded to the Lions over the next few years.

He’s surely fulfilled his obligations by guiding coach Sean McVay’s side to the big one, which will be held of course at their home stadium in Inglewood, California. Burrow, by contrast, is in the foothills of his NFL career.

He secured the Heisman trophy, recognising college football’s brightest talent, by a landslide in 2019. He was unsurprisingly selected first overall in the following draft, but season one in Ohio was interrupted early, curtailed in fact, by a serious knee injury.

Returning in 2021, he’s been a revelation. His side are in the Super Bowl for the first time since 1988, when a certain Joe Montana led his 49ers on a fabled, late 92-yard drive to take the Lombardi. The stuff of legend. The great Montana was known throughout his career, given such deeds, as Joe Cool.

Step forward Joe Brr …. another cool surgeon, under centre. Any comparisons right now with Montana are ambitious in extremis, but this is a stage upon which the 25-year-old could begin to really make the world sit up and take notice.

Whoever wins the battle at QB stands a terrific chance of winning the war.

Talking of the peerless (in my book at least) Joseph Clifford Montana Jr, he’s famous for many things, including his part in what’s commonly known, quite simply, as ‘The Catch.’

In the 1981/2 NFC Championship 49ers game against bitter rivals Dallas, behind and with less than a minute remaining, he found receiver Dwight Clark in the endzone with a beautiful, lofted pass that Clark, arriving in the nick of time, plucked from the sky.

His great friend Clark and key component in ‘The Catch’ sadly passed away in 2018, aged just 61, and Montana spoke movingly at his funeral service. I was reminded of the whole business when watching PeacockTV’s rivetting six-parter about the 49ers QB for the ages entitled Joe Montana: Cool Under Pressure. Highly recommended.

The friendship between Clark and Montana was severely tested for various reasons when Joe felt he had to eventually leave SF, for Kansas, but the bond between the two was immense. At Clark’s memorial, Joe brought the house down when he told the assembled mourners “Dwight used to say to me, Joe – funny how no-one calls it The Throw.”

And finally …. when I’m puddy-tat sitting at my daughter’s, this fiesty little beaut keeps me company watching telly, including the NFL, deep into the night when I should really be getting my ugly sleep. Just felt I wanted to show Evie off today. Can’t think why …