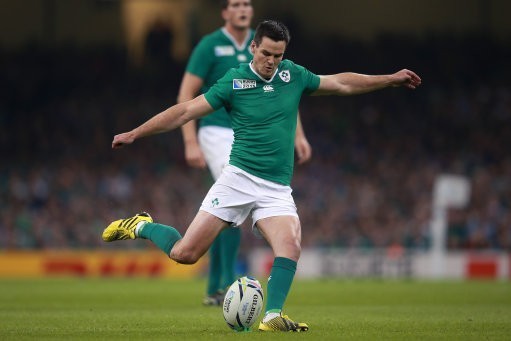 Ireland assistant coach Mike Catt has called on Joey Carbery to lay down a marker to Johnny Sexton (pictured) and take his game to the next level against Italy in Dublin on Sunday (Ireland 1/150, Italy 66/1, Tie 80/1 – Match Betting).

Carbery started at fly-half against France after Sexton was ruled out with a hamstring injury and although the latter is fit again, the Munster playmaker has been given the nod to make back-to-back starts for the first time since 2018.

Although Ireland were beaten 30-24 in Paris, Carbery impressed at number 10 and Catt has urged the 26-year-old to take another step forward and potentially confirm his standing as the successor to veteran Sexton’s position.

“Joey is slowly growing into himself again,” said Catt. “He had a very good performance against France, this is the next step up for him now.

“He’s got his feet under the table, under the desk, and he needs to make sure he drives to that next level.

“For us, it’s about making the right decisions at the right time – that’s always been the case for our 10s – and then bringing his X-factor.

“He’s got a very good running game which we haven’t seen too often – well, he’s been injured a lot of the time, I suppose.

“But he’s very good at attacking a line, so areas like that (are where he can offer more), but only if it’s the right thing to do and making sure that he controls the area so we’re not playing too much rugby in key areas too.”

Ireland (5/4 Triple Crown Winner) have made six changes to their side as they look to get back to winning ways against Italy, although their title chances depend on favours from elsewhere after France made it three wins from three against Scotland on Saturday.

Michael Lowry will make his debut at full-back, while Robbie Henshaw is recalled in the centres at the expense of Bundee Aki and James Lowe returns on the left wing.

Hooker Dan Sheehan is given his first start, Ryan Baird replaces the injured James Ryan in the second row while Peter O’Mahony leads the side in the back-row.