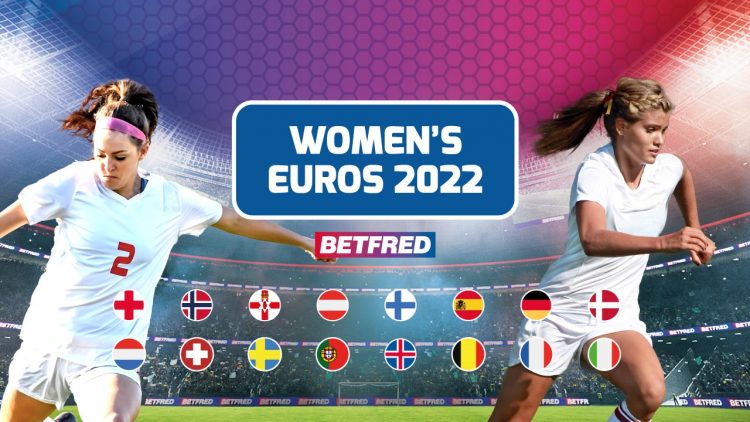 Several of the world’s top players will be in action at the women’s European Championships, which get underway on Wednesday, and there are plenty of candidates to finish as the tournament’s top goalscorer in England this summer.

The Hosts have at least a couple of players who will fancy their chances of winning the Golden Boot, while star names from France, Spain and the Netherlands are also likely to be in the mix.

White is the 5/1 favourite to finish the Euros as the top goalscorer and England’s Women’s record goalscorer, who has netted 50 times for her country, is expected to profit from the fact the hosts find themselves in a very agreeable group containing Norway, Austria and Northern Ireland.

The Manchester City striker has netted 14 goals in 13 appearances for the Lionesses since the start of 2021 and should be the focal point of England’s attack. Sarina Wiegman’s side have been free-scoring in their preparations, winning their three warm-up games by an aggregate tally of 12-1 and they are expected to carry the form they have recently shown in front of goal into the tournament.

The pacey and prolific Katoto has grown into one of the world’s best forwards in recent years and the 23-year-old has been in superb form in 2022. She already has six goals for France this year and netted 32 goals in 33 matches in all competitions for Paris Saint-Germain last term.

Overall, she has scored 24 goals in just 29 appearances on the international stage and with France expected to dominate a group also containing Italy, Belgium and Iceland, she is likely to get plenty of opportunities to add to her record. She’s 7/1 to win the Golden Boot.

Arsenal star Miedema has managed a staggering 94 goals in 111 games for the Dutch and her record for the Gunners reads 114 goals from 132 games, so it’s fair to say she knows where the back of the net is.

The former Bayern Munich star has been building up nicely to the Euros with three goals in her last four outings for the Netherlands, including both in Saturday’s 2-0 friendly win over Finland and she’s a tempting 8/1 to finish as the top goalscorer.

Mead has struck a hugely impressive 22 goals from 39 caps so far and the Arsenal ace could well represent value at 11/1 to win the Golden Boot.

She bagged two in the recent 5-1 friendly win over the Netherlands and even though she usually operates down the right, she loves to get into advanced positions. Mead ended last season with 12 goals in 26 games in all competitions for the Gunners.

Spanish star Putellas is the current FIFA Women’s Player of the Year and the Barcelona ace, who has 117 goals in 271 games for her club, will now want to shine on the international stage this summer.

The 28-year-old, 11/1 to be crowned top scorer in the Euros, has 27 goals in 100 caps for her country which is not as prolific as some of the other contenders, but if she translates her club form onto the Euros stage she could quite easily be the star of the tournament.

Women’s Euros Group B Odds: Spain the team to beat