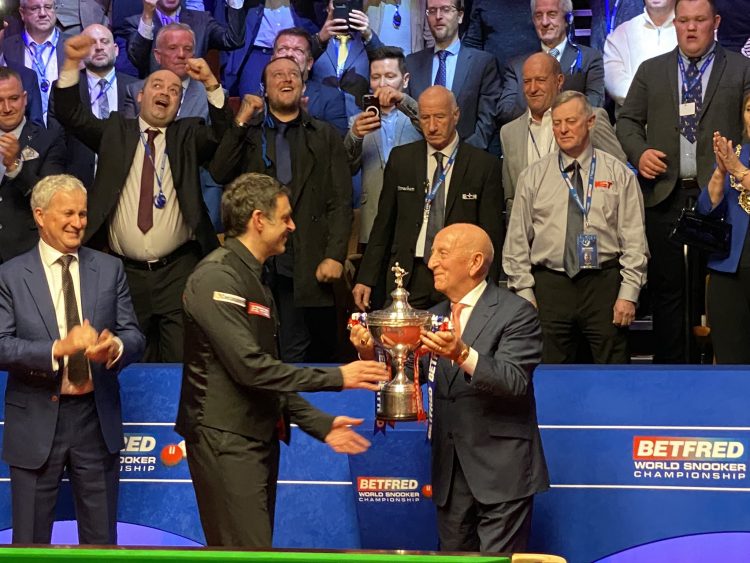 Betfred boss Fred Done was on hand to present Ronnie with the famous old trophy, as he completed an emphatic victory on Sunday night in Sheffield. It was hugs all round from an emotional O’Sullivan – his kids Lily and Ronnie jnr, hugely-respected opponent Trump, Dad, and Fred himself (below). Both finalists were fulsome in their praise of the other, as a little bit of sporting history was made once again in this iconic, pulsating arena.

Asked if he was happy to be sharing the record with Hendry, Ronnie smilingly replied “for 12 months at least.” No-one would be surprised to see him lift further crowns even though tonight’s triumph made him the oldest victor, at 46, eclipsing the great Ray Reardon.

The Welshman ironically was an important mentor to the young O’Sullivan when he began this amazing journey.

What a tournament. What a couple of weeks-plus. Dizzying heights reached, and the greatest player ever to lift a cue is once again at the sport’s very apex. It’s a great view from up there, and aren’t we so lucky to have him.