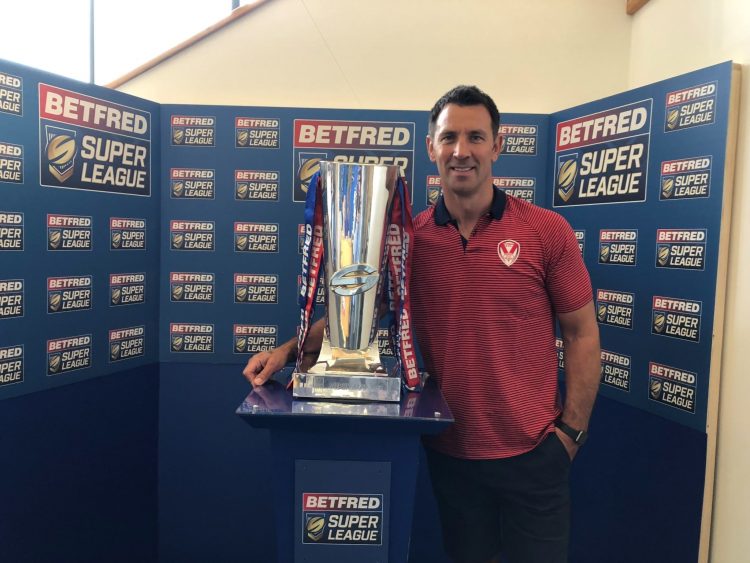 Saints gaffer Kristian Woolf might have to re-think his plans for this weekend’s Betfred Challenge Cup clash at Whitehaven.

He certainly won’t be panicking after a bombshell defeat against Betfred Super League basement boys Toulouse, but he may now have a different plan for our trip to Cumbria ahead of the Good Friday derby against arch rivals Wigan – but before that it’s Leeds at Headingley.

A lot of Super League fans have kindly pointed out to me on social media this week my comment about not being able to see Saints losing a game all year – but I’m sure, like many, I didn’t see this coming.

However, as I did say in last week’s column no game is a given and if we don’t turn up and perform we will come unstuck, which sadly is exactly what happened.

Saying that, take absolutely nothing away from Toulouse, who have shown their resilience this year and could quite easily have more points on the league table.

Woolfy was magnanimous in defeat and full of praise for the hosts, but did admit the players were not at the standard they’ve shown in the opening five rounds – and his stat about us conceding 28 points in those five games combined compared to the 22 points conceded against the team sat 12th in the table tells a story.

The Saints were without possibly their best three forwards so far this season – Alex Walmsley, Sione Mata’utia and Joe Batchelor – with the latter being the only one possibly to return this weekend.

Woolf will have to start again with his planning for the Betfred Challenge Cup round six match at Whitehaven on Saturday, and hopefully hit the ground running the following Friday.

Despite the bitterly disappointing loss, we still sit joint-top alongside both Catalan and Wigan who have also only dropped the one game, and remain clear 11/8 favourites with title sponsors Betfred for Super League Grand Final glory.

However as I’ve mentioned, the Super League battle goes on hold this weekend as we face a tough trip to West Cumbria to face Whitehaven in the Betfred Challenge Cup. Saints again are 2/1 favourites to lift the iconic trophy as we take the final on the road in 2022 to Tottenham Hotspur’s stunning new stadium.

One thing we know will happen this weekend is we will face a fiery Whitehaven side, fully backed by a passionate crowd! I don’t think there are anymore passionate Rugby League fans in the world than the Cumbrians, and I’m sure they will all be out in force to watch the triple-Super League champions and current Challenge Cup holders. Whitehaven, like rival neighbours Workington is a hot bed of talent, as has produced a vast number of Super League players over the years. I’d still love to see a strong Cumbrian team in the top flight.

Anyway, back to business – I fully expect a huge Saints response and a professional performance this weekend, and the only thing that matters in the Betfred Challenge Cup… a win!