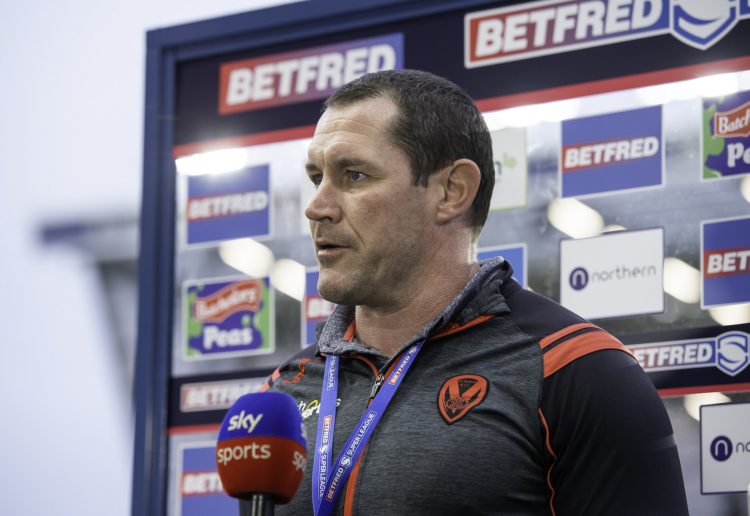 Reigning Betfred Super League champions St Helens sent a warning to the rest of the division as they beat Catalans Dragons in the opening round of the 2022 campaign (St Helens – 2/1 to win the Grand Final).

Kristian Woolf’s side conceded the opening try at the Totally Wicked Stadium, but they eventually beat 12-man Catalans 28-8 in a bruising encounter.

Tommy Makinson scored twice, while Joey Lussick and Konrad Hurrell scored on their debuts to ensure the champions started their season with a bang.

Saints do not occupy top spot in the table though, that honour goes to Huddersfield Giants after they humbled newly-promoted Toulouse 41-14.

Ian Watson’s side might have started slowly against the French outfit, but their superior class soon shone through as they ran in seven tries in the south of France (Toulouse – 1/3 to finish bottom).

The sport was under the spotlight on Saturday, with Channel 4 broadcasting Warrington Wolves’ win over the Leeds Rhinos at Headingley.

Those watching on terrestrial TV will have been entertained as Leeds lost 22-20, despite playing the majority of the game without new signing James Bentley.

Bentley was sent off for a high tackle in the 16th minute and he was one of three players sent off during the opening round of fixtures.

Wigan Warriors (11/2 – to win the Grand Final) started a new era under Matt Peet with a victory as they beat play-off hopefuls Hull KR 24-10 on Friday evening.

Jake Bibby scored two tries to give Wigan the two points, but Lee Radford did not have the same luck in his first game in charge of Castleford Tigers as they lost 16-26 to Salford Red Devils.