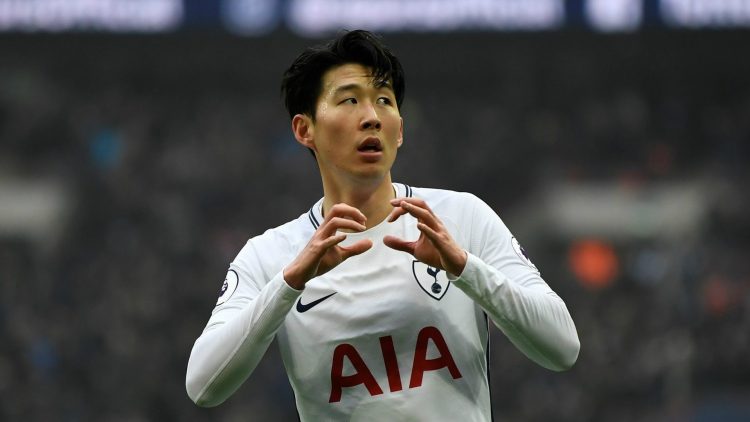 Tottenham Hotspur boosted their chances of finishing in the Champions League positions on Sunday with a 3-1 home victory over West Ham United, with that result seeing Spurs climb into fifth position in the Premier League.

Spurs have been a difficult team to predict this season, having mixed victories over Man City and Leeds United with defeats to Middlesbrough and Man Utd in recent weeks, but they produced a solid performance against fellow Champions League-chasers West Ham.

A Kurt Zouma own-goal and a brace from Son Heung-Min (pictured) were enough to see Antonio Conte’s men past the Hammers, who did pull one back through Said Benrahma when 2-0 down but were ultimately second best throughout.

Tottenham’s victory lifts them to fifth in the standings, three points behind fourth-placed Arsenal, who have a game in hand on their rivals, and Spurs are next in action when they host Newcastle United on April 3.

West Ham slip to seventh with that defeat, leaving them six points off fourth spot, and they also return to action on April 3 when they welcome relegation-threatened Everton to the London Stadium.

In Sunday’s earlier clash, Leicester City (8/15 Top Half Finish) moved into 10th position in the Premier League with a 2-1 victory over Brentford at the King Power Stadium, ending a two-game losing streak across all competitions for the Foxes.

Belgium international Timothy Castagne opened the scoring for the hosts in the 20th minute before Englishman James Maddison struck 13 minutes later to give Brendan Rodgers’ men a comfortable 2-0 lead at the break.

The Bees (8/1 to be relegated), who remain 15th and eight points clear of the relegation zone, grabbed a late consolation through Yoane Wissa but they couldn’t grab an equaliser as their two-game winning streak run was brought to an end.

Leicester travel to Manchester United next on April 2nd, while Brentford are away at Chelsea that same day.