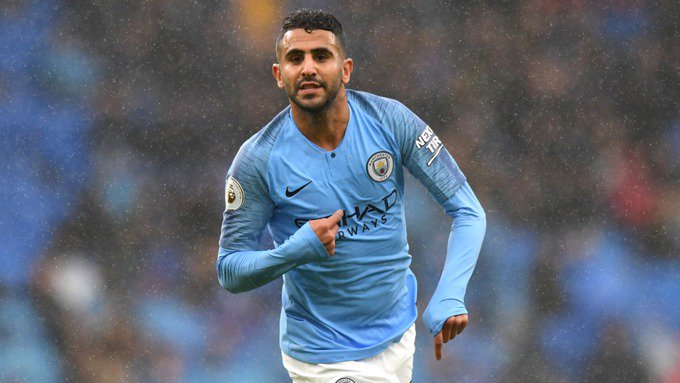 Manchester City’s topscorer Riyad Mahrez says his team are thriving under the pressure of the Premier League title race as they head to Crystal Palace (Match betting – Palace 9/1, Draw 9/2, City 1/3) on Monday.

The defending champions are now three points ahead of Liverpool (Premier League outright – City 2/7, Liverpool 5/2) after the Reds secured a 2-0 win at Brighton on Saturday to narrow the gap.

However, the Citizens can restore that gap back to six points by securing a victory at Selhurst Park.

Pep Guardiola’s men have responded well to losing 3-2 at home to Tottenham Hotspur last month by winning each of their subsequent two matches in the top-flight.

That Spurs defeat did ratchet up the pressure in the title race, particularly with City and Liverpool set to play each other next month in what could be a winner takes all match.

However, Mahrez says he and his team-mates are happy being put under the spotlight.

“When there are other teams behind us or in front of us winning games, it makes us more hungry to win our matches,” said the Algerian.

“That’s what we want. We concentrate on us because that’s all we can do – other things, we cannot control.

“Part of being a player is living with pressure – we have to have pressure and I wouldn’t be at my best without it. It makes you better and it makes you hungrier, so it’s good.”

City were turned over 2-0 by Palace earlier this season but away from home, they have won six of the last seven meetings, with the last defeat coming in April 2015.