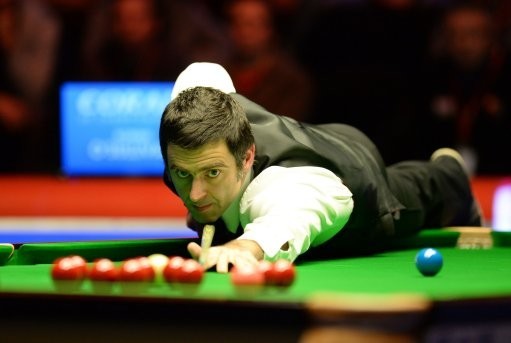 Ronnie O’Sullivan (3/1 to win Tour Championship) has booked his place in the semi-finals of the Tour Championship after winning a final-frame decider against Mark Williams in Llandudno on Wednesday.

The Rocket certainly needed to be at his best to edge past Williams 10-9, as he recorded five centuries during a high-quality encounter, including a break of 131 during the afternoon session – the highest of the tournament so far.

In a nip and tuck deciding frame, Williams missed an attempted long pot on the final red which proved costly, with O’Sullivan clearing up to seal his semi-final spot.

O’Sullivan will return to the top of the world rankings at the end of this week, but he admits he was pushed all the way by his Welsh opponent, who has now only won one of the last 14 meetings between the two players at ranking events.

“I made it hard for myself to win,” O’Sullivan said, as per the BBC. “Mark’s long ball potting during the match was frightening.

“Nobody’s ever potted as many long balls against me. It was quite ironic really that he missed a long one in the last frame to let me in.”

The 46-year-old’s reward for reaching the semi-finals will be a clash with Neil Robertson in a repeat of last year’s final which the Australian won in convincing fashion 10-4 (O’Sullivan 11/10, Robertson 8/11 – Match Result).

The quarter-final action will conclude on Thursday with world number three Judd Trump facing off against Luca Brecel, who is competing at the tournament for the first time off the back of an impressive season that has seen him win the Scottish Open and reach the final of the UK Championship (Trump 2/7, Brecel 11/4 – Match Result).

The winner of that best-of-19 match will go on to face John Higgins in the semi-finals after he overcame Zhao Xintong 10-9 in another final-frame decider earlier this week.