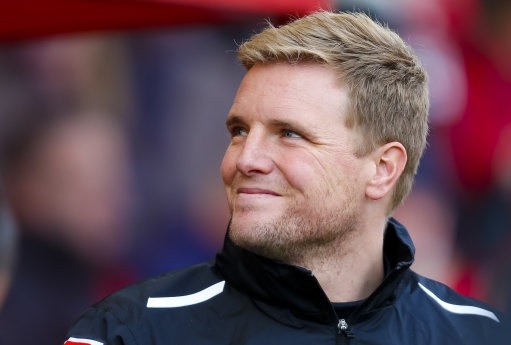 Eddie Howe says he is very “pleased” with Newcastle United’s 1-0 victory over Aston Villa at St James’ Park which has given them a four-point cushion over the Premier League relegation zone (Newcastle 1/7 to stay up).

Kieran Trippier’s second free kick in the space of a week was enough to see them take the three points for three wins on the bounce.

Villa thought they had scored an equaliser in the second half when Ollie Watkins finished from close range but he was narrowly adjudged to be offside after a VAR check.

One downside was Trippier going off injured in the second half with the January addition going to hospital for an X-ray on a foot injury.

However, the Magpies have now put themselves on 21 points, four clear of the drop zone.

“Three more points feels good from where we have come,” said Howe. “But even in this good moment we are very calm but very pleased.

“We didn’t give up too many chances to Aston Villa. It was a tight game and in weeks gone by we wouldn’t have won this game. There is still a heck of a long way to go.”

Burnley (2/1 to stay up) remain bottom with only one win all season as Liverpool secured a hard-fought win at Turf Moor.

Fabinho scored the only goal of the game for the Reds (6/1 Premier League Outright), who look destined for second place this season – nine points behind leaders Manchester City and seven in front of Chelsea.

Burnley are seven points adrift of safety although they do have games in hand on all the teams above them in the table.

Leicester City and West Ham United (7/1 Top 4 Finish) shared the spoils after an entertaining 2-2 draw with Craig Dawson rescuing a point for the Hammers with an added-time equaliser.

The visitors took the lead in the first half when the in-form Jarrod Bowen scored for the fifth time in five games but Youri Tielemans equalised just before half time after Aaron Cresswell needlessly handballed in the box.

Ricardo Pereira nudged Leicester in front before Dawson equalised late on from a corner – despite the fact the ball looked like it had struck his arm.

West Ham stay fourth while Leicester move up to 11th.

Finally, Spurs lost in the Premier League for the third game running as Wolves ran out 2-0 winners at the Tottenham Hotspur Stadium.

Raul Jimenez and Leander Dendoncker scored early goals to silence the home support and ultimately lift Bruno Lage’s side above Spurs in the table.