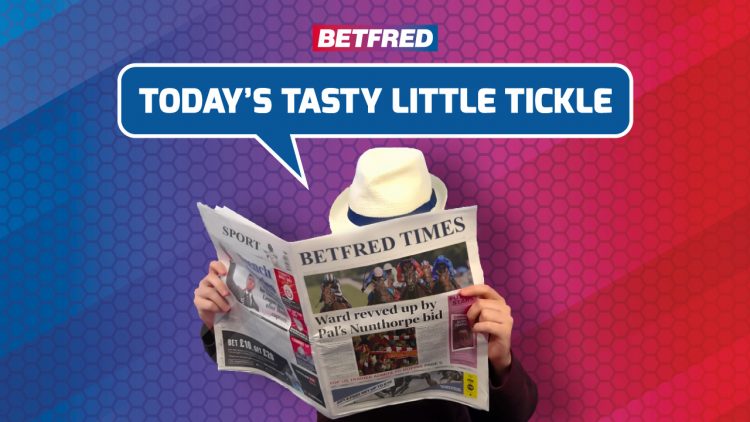 If we feel there’s something of note happening during the day – ‘we’ being the Betfred columnists at HQ – then henceforth we’ll be flagging it up accordingly.

Reckon you can never have enough opinions and advice from which to make sound judgements of your own, so we’ll be chipping in on a fairly regular basis in a bid to add to the fun for us, and far more importantly, you.

Today I’m kicking off proceedings in the Emerald Isle – Tipperary, to be precise. The closing 2m bumper (National Hunt Flat race) at 8.20pm has attracted some very interesting horses from some of the country’s top yards.

Gordon Elliott, Jessie Harrington and Noel Meade are among those represented, but I very much like the look of likely hotpot Gaoth Chuil (any pronunciation suggestions gratefully received).

Ted Walsh has booked crack Irish amateur Derek O’Connor, and I’m very hopeful that the filly can improve upon three career seconds to date, from just the three runs.

She’s plenty short enough in the market, but for me deserves to be. As I write mid-afternoon on Thursday, she’s around a 4/5 shot, and I’m hoping she can christen this new little feature with an opening win.

In the coming days/weeks/centuries (!) we’ll look to flag up anything that interests us across a whole range of sports, and specials. Keep a look out – it’s only a bit of fun, but let’s see how we go.