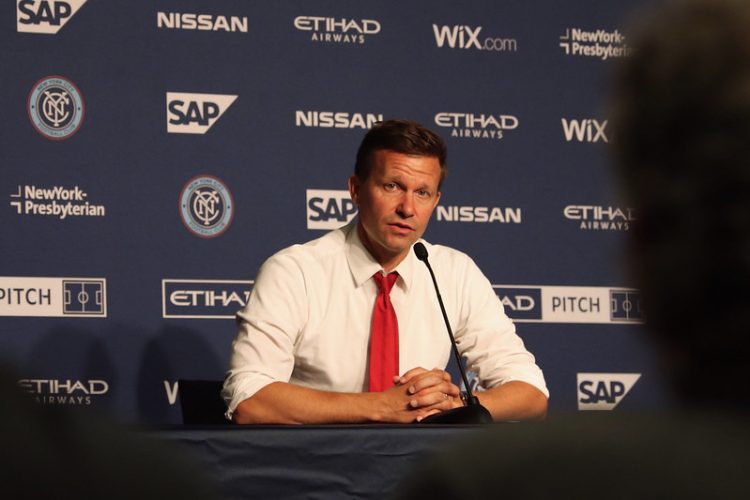 New Leeds (6/4 To be relegated) boss Jesse Marsch has praised the work of his predecessor Marcelo Bielsa and believes he has an “intelligent” group of players to work with.

On Sunday, it was announced that Leeds had sacked Bielsa following three-and-a-half years in charge in which he took them from the Championship into the Premier League.

At the second attempt, Bielsa got Leeds up by winning the title and then followed that up with a ninth-place finish in the top flight.

However, this season has been much more of a struggle and after a 4-0 thumping by Tottenham on Saturday, it was announced that the 66-year-old and Leeds would part company.

Leeds have lost five of their last six games and have the worst defensive record in the Premier League this season, shipping 60 goals in 26 games.

Fan reaction was almost universally negative with Bielsa becoming a cult hero at Elland Road due to the intense attacking football he implemented.

On Monday, Marsch was announced as his successor with the American penning a contract through to the summer of 2025.

He is preparing to take charge of Leeds for the first time this weekend as his side travel to Leicester (Match betting – Leicester 4/5, draw 3/1, Leeds 3/1).

Despite the downward spiral, Marsch is confident he can lift his players and believes he has inherited a group who are willing to work hard.

“They don’t need reinforcement of effort here,” he said. “These young men are hard workers, they give everything they have. It’s about how to channel those efforts in the right way.

“In the short term, I want to try to give them clarity, principles, and tactics, and then clarity on strategies within a match of what we are trying to achieve.

“It’s an intelligent group that I think can understand [my ideas] and put them into practice.”