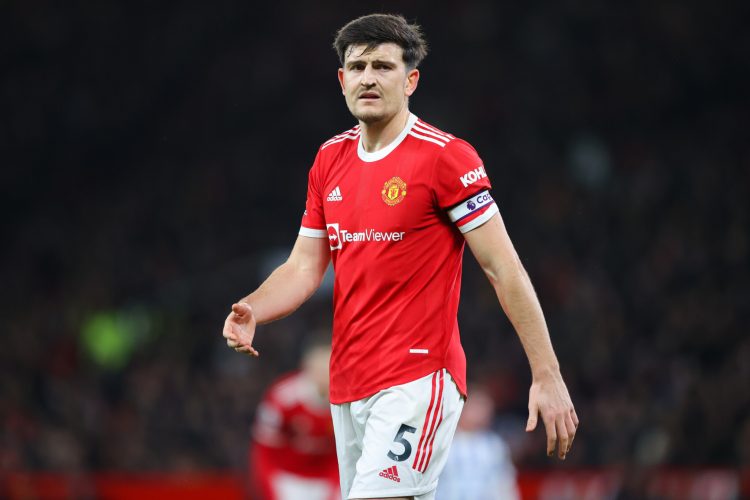 Harry Maguire should be dropped as captain of Manchester United.

That’s the view of ex-United defender Paul Parker, who extended his criticism of the £80million centre-back to suggest he shouldn’t be in Ralf Rangnick’s starting XI.

Parker reckons the 28-year-old has too much going on in his own game to be worrying about leading the team – and he put forward “the one they all respect” in David De Gea as the man who should wear the armband.

On the flip side, a player Parker was full of praise for – James Bowen.

He believes the West Ham winger, who alongside Declan Rice has been integral to the Hammers’ good season so far, deserves a place in Gareth Southgate’s England squad.

In Europe, Parker said this year’s Champions League winner “has to” come from the top two in the Premier League.

He suggested the competition isn’t as strong as it once was, and that Manchester City (9/4f) and Liverpool (4/1) are simply above the rest.

Parker said: “I can’t see anything outside of the British Isles winning that trophy.”

Also during the show, Parker spoke kindly about Spurs boss Antonio Conte, but less so of the team he’s inherited – while he was again critical of Ralf Rangnick and his Manchester United side, predicting frustration for them against their rivals at Elland Road this weekend.

Watch this week’s episode of The Betfred Football Show, where Parker also gives predictions for all the weekend’s Premier League ties, in full below.