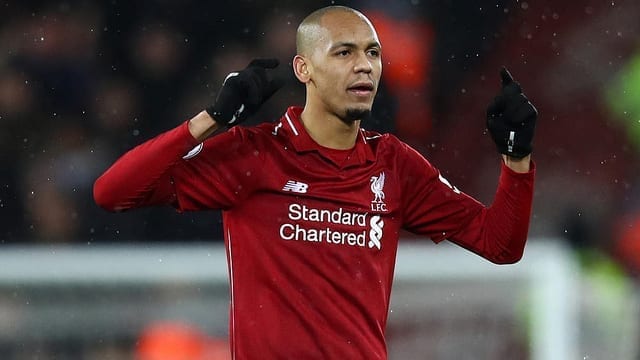 Liverpool midfielder Fabinho has admitted taking on Manchester City twice in a week is a daunting prospect but the Brazilian says the Reds are determined to enjoy another big day out at Wembley, their second of the season so far (Match Betting – Man City 6/4, draw 5/2, Liverpool 15/8).

Jurgen Klopp’s side have already won at the national stadium in 2022, beating Chelsea on penalties to win the Carabao Cup in February. That trophy could be the first of an unprecedented four Liverpool might end up winning this term, although there remains plenty of obstacles in their way en route to what would be an historic achievement.

First up is another showdown with title rivals City, hot on the heels of last Sunday’s 2-2 Premier League draw between the two which left the title race finely balanced. Fabinho and Liverpool were off the pace in the first half at the Etihad and were somewhat fortunate to only be 2-1 behind at half-time as goals from Kevin De Bruyne and Gabriel Jesus gave Pep Guardiola’s side a deserved advantage.

Sadio Mane struck early in the second half to trigger a vastly-improved second-half display from the visitors and now Fabinho is looking forward to taking on familiar foes at Wembley, although he’s well aware just how tough a test the FA Cup semi-final will be.

“I try to close all those spaces – of course, it’s really hard. Some of the players look like they never lose the ball but, as I said, I will try my best to defend them.”

Liverpool’s hopes of making the FA Cup final, which would be the first time they have reached the showpiece game since 2012, could be boosted by the fact De Bruyne is a big injury doubt for City with an ankle problem sustained in the fiery Champions League draw at Atletico Madrid, while Kyle Walker is also a major concern with a similar complaint.

Klopp has a slight doubt over forward Diogo Jota, who was also on target last weekend, after the Portuguese picked up a knock in Liverpool’s dramatic 3-3 draw in Europe against Benfica in midweek.

Liverpool are 10/11 to progress to the final, while City are available at 4/5.