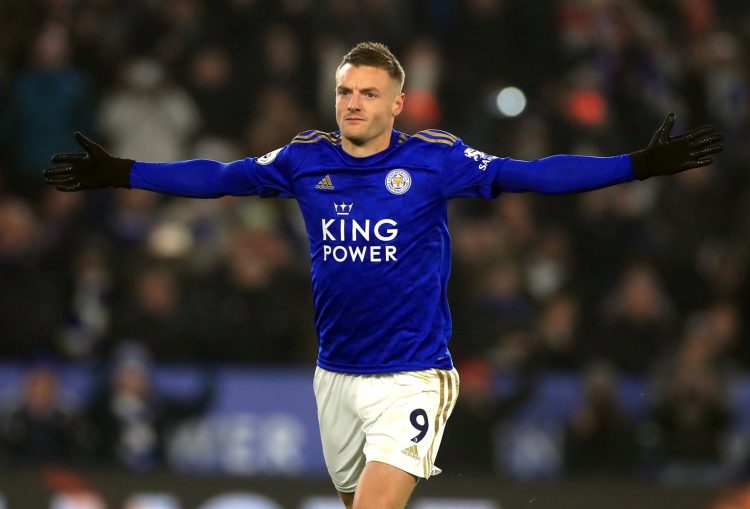 As we move into the second half of the Premier League season, one of the teams playing catch up in the race for Europe are Leicester City.

The Foxes find themselves 10th in the table after collecting 26 points from their opening 20 games, with Brendan Rodgers’ men currently 10/1 to finish in the top six.

One of the key factors in their struggles to date has been a long injury list, with several key players missing periods of the season – including Jamie Vardy.

The former England star has been missing since last December with a hamstring problem and Rodgers admits it’s unlikely the striker will be available this month.

The Foxes boss said it will “probably be about four weeks” until Vardy is back in the squad. The 35-year-old already has nine league goals to his name this term and is 40/1 to finish the season as Premier League top-scorer.

Meanwhile, Rodgers has revealed that it could be six weeks until Jonny Evans will be fit enough to return to action, although there has been some positive news for Leicester.

Defender Wesley Fofana has not yet played this campaign, after suffering a broken leg and ankle ligament damage in pre-season.

Rodgers stated: “It’s nearly six months since the operation and he’s recovered. I’ve been really impressed by his mentality. We can’t wait to have him back in the team.”

Leicester will look to avoid an FA Cup upset this weekend, when they travel to the City Ground on Sunday to face Midlands rivals Nottingham Forest.

The Championship hosts are 11/4 to spring a surprise, with Leicester available at 10/11 while the draw can be backed at 13/5.