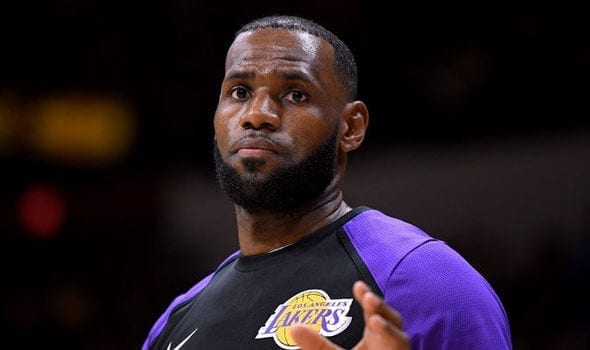 LeBron James conceded “I don’t have answers” after his Los Angeles Lakers team were booed off court by their own fans following Sunday’s 123-95 defeat to New Orleans Pelicans at the Crypto.com Arena.

It was another night to forget for the Lakers (33/1 – to win NBA Championship), who lost for the sixth time in eight games, a run that leaves them ninth in the Western Conference standings and in danger of missing out on the post-season less than two years after they were crowned NBA champions for the 17th time.

James did his best to keep his team competitive during Sunday’s contest, registering a game-high 32 points, but the 37-year-old – who has also had to deny he is seeking a move away from the Lakers – was at a loss regarding their recent struggles, although he feels one win could get them going in the right direction.

“I don’t have answers for tonight,” the All-Star admitted to reporters. “It all starts with a win. You learn from that win, the things you did well and what you didn’t do well.”

The Lakers are back in action, in front of a no doubt frosty home crowd, when they welcome Dallas Mavericks to the Crypto.com Arena on Tuesday.

Dallas head into that game buoyed by their shock 107-101 win over Golden State Warriors on Sunday. Luka Doncic scored a game-high 34 points for the Mavericks, who wiped out a 19-point deficit during the fourth quarter.

Meanwhile, James Harden continued his impressive start to life with the Philadelphia 76ers, as he posted a a triple-double in his team’s 125-109 victory over New York Knicks, while another of Sunday’s notable results saw Detroit Pistons claim a 127-126 overtime success over Charlotte Hornets.

Brooklyn Nets will be aiming to sign off from a difficult February with a victory in one of the night’s other eye-catching contests against Toronto Raptors (Nets 5/4, Raptors 4/6 – Money Line), while the reigning NBA champion Milwaukee Bucks have home-court advantage for their clash with Charlotte Hornets (Bucks 1/6, Hornets 4/1 – Money Line).