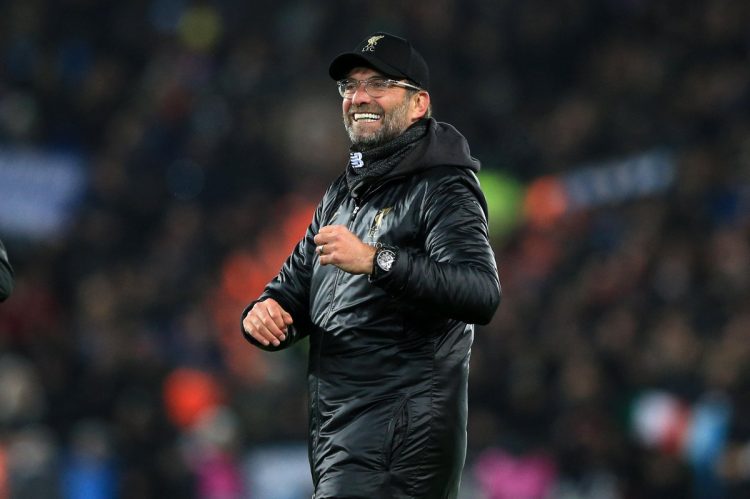 Liverpool boss Jurgen Klopp says his side must not lose grip of Manchester City in the race for the Premier League as they prepare to head to Arsenal on Wednesday evening (Match Betting – Arsenal 3/1, draw 3/1, Liverpool 10/11).

The Reds go to the Emirates in stunning form after winning their last eight Premier League matches.

They are still on for the quadruple after winning the Carabao Cup while they remain in the Champions League and FA Cup.

It is a title chase reminiscent of the 2018-19 season when both Liverpool and City were relentless in winning matches towards the end of the season.

However, Klopp’s side will have taken real heart from City’s 0-0 draw at Crystal Palace on Monday evening as they failed to break down a very resilient and organised Eagles side.

Now, Liverpool (2/1 Premier League outright) play their game in hand on City and a win would take them just one point behind the defending champions.

Arsenal will be tough opponents with Mikel Arteta’s side on a five-match winning run themselves as they sit fourth in the table.

Speaking in his pre-match press conference, Klopp said his side must cling as closely as possible to City (4/11 Premier League outright).

“That’s the plan [to push City],” said the German. “The plan is to be as annoying as possible. We have to win our games.

Elsewhere, Tottenham will be hoping to climb up to seventh in the table with a win at out-of-form Brighton (Match Betting – Brighton 13/5, draw 12/5, Tottenham 6/5) on Wednesday.

Antonio Conte’s inconsistent Spurs were beaten 3-2 by Manchester United at Old Trafford and dropped to eighth after Wolves overcame Everton on Sunday.

They can swap places with Wolves once and will feel confident coming up against a Brighton side who have lost each of their last five games.