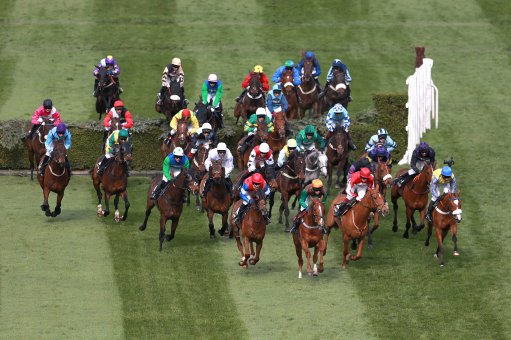 Daryl Jacob says he is hopeful Good Boy Bobby (33/1 – Grand National Outright) will be in with a chance of winning the Grand National on Saturday after opting to ride the Nigel Twiston-Davies-trained charge.

All eyes will be on Aintree for the most valuable jumps race in Europe on Saturday, as the 40-runner field battles it out for Grand National glory, and Betfred are playing out six places for the Merseyside showpiece.

With the excitement and anticipation building for punters ahead of the showpiece race, the jockeys will also be dreaming of crossing the finish line first and Jacob, who experienced that feeling aboard Neptune Collonges in 2012, is one of those lining up again.

Speaking about his decision and his hopes for success on Saturday, Jacob said, as quoted by the Racing Post: “I’ve got to know Good Boy Bobby quite well in the last few years and his form is very consistent.

“Good Boy Bobby is a strong traveller and nice jumper and hopefully he’ll be there with a chance at the back of the second-last.”

Delta Work and Snow Leopardess, who has been the big gamble ahead of the race, are the joint 8/1 favourites at the time of writing, while Any Second Now is next in the betting at 9/1.

Minella Times, who roared to glory under Rachael Blackmore last year, is 14/1 to win back-to-back titles, while the talked-up Enjoy D’allen is 11/1, the same price as Escaria Ten.