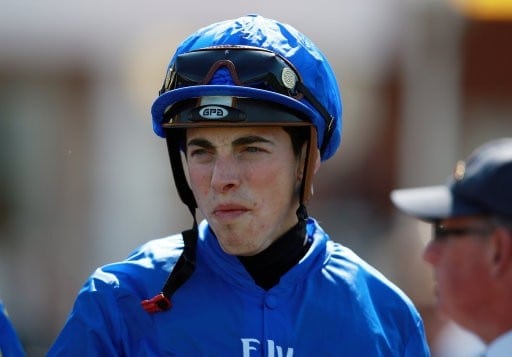 James Doyle sealed a remarkable 1,000 and 2,000 Guineas double on Sunday after steering 16/1 outsider Cachet to glory by a neck at Newmarket.

Doyle claimed victory by three-quarters of a length on board Coroebus in the 2,000 Guineas on Saturday, beating stablemate and favourite Native Trail for trainer Charlie Appleby.

But his exploits on Sunday superseded that performance as he landed a first Classic win for trainer George Boughey when saddling Cachet.

The three-year-old daughter of Aclaim broke quickly from gate 3 and settled into an early lead in the 1m contest.

Cachet, who holds an entry in Royal Ascot’s Coronation Stakes, maintained her position at the front of the field throughout the race but had to be kicked on in the final two furlongs amid a challenge from fast-finishing Prosperous Voyage.

Doyle, who is the first to do the double since Ryan Moore in 2015, said: “That’s incredible isn’t it? I rode her a couple of times last year and she was Group 1-placed in the Fillies’ Mile and she seems to be much stronger this season.

“That last half a furlong took forever and I was praying for the line but she’s all guts, loves this track and she put it to bed between the three [furlong pole] and the two.

“A special thank you goes to George. He’s doing amazing things and he’ll be a name we’ll be hearing about in the future.”

Ralph Beckett’s Prosperous Voyage came home second with Tuesday, who is the 7/2 favourite for the 2022 Cazoo Oaks, a further length and three-quarters back in third for Aidan O’Brien.