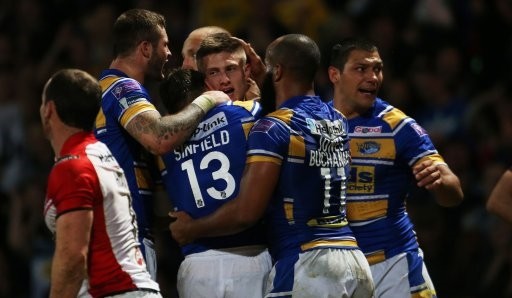 Hull FC (50/1 Grand Final Winner) boss Brett Hodgson says he is excited by the arrival of Liam Sutcliffe, who has agreed a three-year deal to join from Leeds Rhinos ahead of the 2023 campaign.

The 27-year-old will wear the colours of the Black and Whites next season, but claims he still has unfinished business with Leeds as they try to win the Grand Final (Leeds 14/1) under coach Rohan Smith.

Sutcliffe has spent his entire career with Leeds since making his debut in 2012.

He has made over 180 appearances for his boyhood club, winning one Grand Final and two Challenge Cups during that time.

The time has come for a fresh start for Sutcliffe though, and Hodgson believes his experience will be invaluable for Hull in 2023 and beyond.

“He can play a number of positions, and I like players who are able to change roles if needed.”

Hodgson added: “We believe we’re getting a player in his prime. I had a good talk with him a couple of weeks ago, and he’s motivated, and so are we.

“He will add some leadership to our group and has that experience of what it takes to win things.”

Sutcliffe will not be the only new face in Hull next season, with Kingston Rovers confirming they have signed centre Tom Opacic from Parramatta Eels.

The 27-year-old has signed a two-year deal from 2023 and will link up with head coach Willie Peters, who is also due to arrive from the NRL.