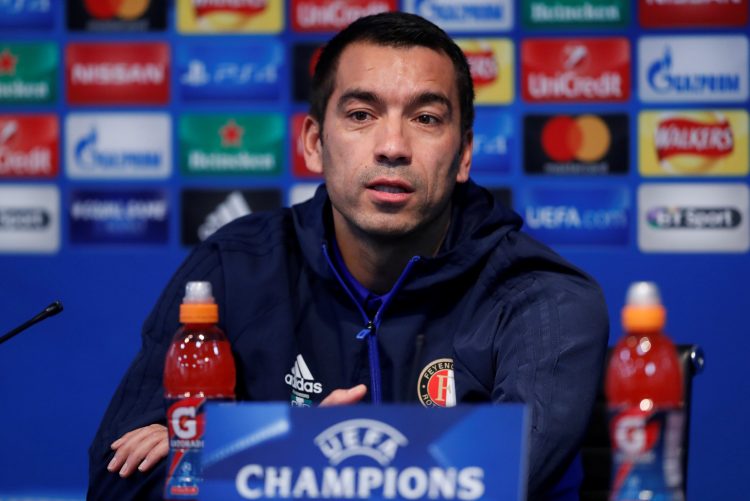 Rangers boss Giovanni van Bronckhorst is confident his side have what it takes to compete on several fronts as they prepare to face Red Star Belgrade on Thursday in the Europa League (Rangers 17/20, Draw 9/4, Red Star 3/1 – Match Result).

The Gers remain in the Scottish Cup, having reached the quarter-finals, while they are only three points behind Celtic in the race for the Scottish Premiership.

Rangers stunned Borussia Dortmund in their last European tie, winning 6-4 on aggregate in the play-off round, and they are well fancied for Thursday’s last-16 tie at Ibrox.

The spotlight is on Van Bronckhorst’s men to deliver silverware this season and even though further progress in Europe could hinder their domestic plans, the Dutchman says they can compete on all fronts.

He told The Scotsman: “We are happy to still be involved in the three competitions.

“We are fighting hard to be successful in the league; we are still in Europe and still in the Scottish Cup.

“Now we are going to play in all three competitions within 10 days, so we are preparing well in a busy schedule and monitoring the fitness of the players.

“I have full confidence we can have a good result. In Europe, every game is tough, but we will do everything possible to ensure we can go into the next round.”

The Hammers have perhaps been handed one of the toughest draws of the last 16 and manager David Moyes will be unable to call upon Jarrod Bowen due to injury, while Declan Rice is a doubt due to illness.

Striker Jamie Vardy will miss out for the Foxes due to a knee injury, while the game comes too soon for defender Wesley Fofana after a recent positive Covid-19 test.