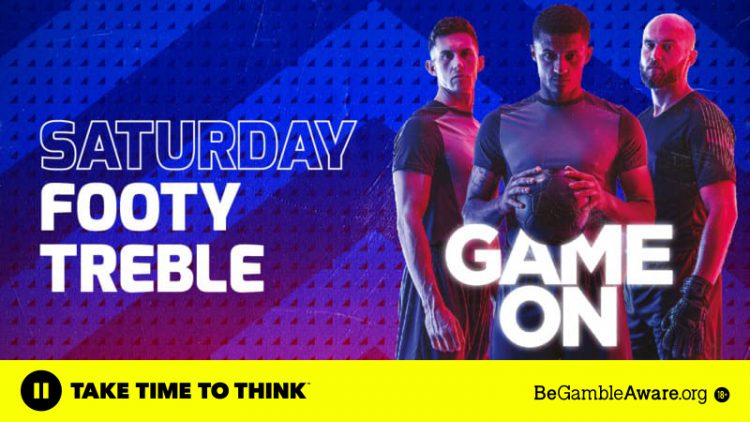 Close but no cigar!

We bounced back from our terrible blank a fortnight ago by almost landing our second treble of the season last week!

Everton’s victory over Manchester United stopped us from landing a 8/1 cracker but let’s see if we can go one better this weekend.

Since the Premier League action is limited this weekend with it also being FA Cup semi final weekend, we’re going to dip our toes into the lower leagues with one of our picks.

(Prices can fluctuate between time of writing and game time, dependant on market activity)

We start at the Tottenham Hotspur Stadium as Spurs take on Brighton.

Spurs will be looking to boost their top four hopes, while Brighton will be looking for back-to-back wins in North London after a brilliant win at the Emirates last weekend.

While Arsenal still have a game in hand over Spurs, the latter are three points clear of their rivals and have a greater goal difference heading into the final seven league fixtures of the season.

Antonio Conte’s side have certainly hit form at the right time, scoring 25 goals in their last seven games.

Should Brighton cause another upset in North London, they would become just the second team in Premier League history to win away at both Arsenal and Tottenham in consecutive league games, after Hull City in 2008.

The Saints had a brilliant couple of months over the winter period, but they’ve looked a shadow of their former selves over recent months, losing four out of their last five games.

We think this could be the ideal game for Arsenal to get back on track – Arsenal win at 10/11.

Our final pick comes from the DW Stadium as Wigan take on Cambridge.

A win for the Latics here would put them on the brink of promotion, with them currently sitting four points clear at the top of League One.

The North-West outfit are also on a nine-match unbeaten streak in the league, a run of results which has featured six victories and three draws.

Cambridge head into this fixture with little but pride and position to fight for. Sitting in 13th spot and 16 points clear of the relegation zone is well above pre-season expectations, when most fans probably anticipated a relegation battle.

Trader’s special price for the treble – 7/2.