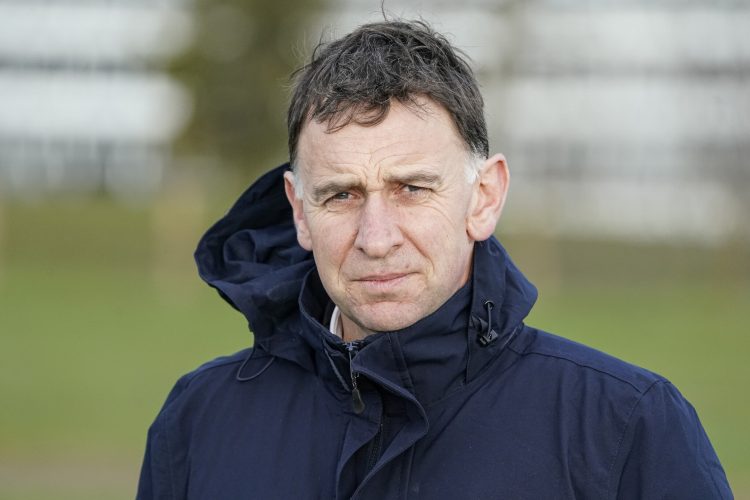 It’s not often Henry De Bromhead waxes lyrical about his own horses, so when he uses the words “mighty”, “savage” and “electric” to describe a 20/1 shot in the Arkle, you sit up and take notice.

In his latest stable tour ahead of the Cheltenham Festival next month, the Knockeen handler provides updates on the likes of A Plus Tard, Minella Indo, Bob Olinger, Envoi Allen and the mighty Honeysuckle – but it was his comments on Magic Daze that really stood out.

He said: “She’s in great form and we are aiming her at the Arkle.

“We were a little bit disappointed with her last time, as she didn’t jump as well as we’d have expected from her, and she came back a little bit sore. We backed off her a little bit after that and she’s back in mighty form now.

“I thought she ran a savage race in the Mares’ Novice Hurdle last year on what we just her third run over hurdles, and I thought she was electric on her second start over fences at Cork.”

The six-year-old mare is as big as 20/1 to win the Arkle on the opening day of the Festival in just under three weeks’ time, which given her trainer’s comments looks very generous in a wide-open renewal.

The “Queen of Knockeen” as De Bromhead calls her, Honeysuckle, is fit and well and on track to defend her Champion Hurdle crown at the Festival.

He said: “She seems to have come out of the Irish Champion Hurdle in really good form, and she is where we want her to be. We are counting down the days with her.”

At 4/9 and shortening to win the feature race on the opening day, she’s by far our shortest price horse of the entire week.

Last year’s Gold Cup winner Minella Indo is “in great form” according to De Bromhead, and well on track to defend his title (5/1 to win the Gold Cup).

He said: “It was really good to see him run so well in the Irish Gold Cup. I was never a big believer in the theory of a horse being a “spring horse”, but Indo is making me think that might be one of those.”

Meanwhile, on last year’s runner-up A Plus Tard – a 10/3 shot to go one better this time around – he said: “He’s a proven stayer of the Gold Cup trip after running so well in it last year and everything about his preparation this season would encourage us that he’ll be able to run another very big race in it again this time around.”

One of the most exciting horses in training, Bob Olinger, is “highly likely” to run in the Turners Novices’ Chase at the Festival – for which is odds-on at 10/11 – although De Bromhead admits that his target isn’t set in stone just yet.

He said: “I’d imagine the Turners Novices’ Chase is where he’ll run. I wouldn’t like to say that it’s certain he’ll run there just yet, but it’s highly likely and it’s just a case of us sitting down together and making that decision.

“Wouldn’t it be great for racing if he was to meet Galopin Des Champs and L’Homme Presse? That’s what it’s all about, the best meeting the best and seeing which one comes out on top.”

It looks like ownermate Journey With Me will be bidding to follow in Bob Olinger’s footsteps as the Ballymore Novices’ Hurdle (9/2) looks his “likeliest target” at the Festival.

“He has a somewhat similar profile to what Bob Olinger had this time last year, but they would be different types,” said De Bromhead. “Bob Olinger always had a bit of a gear whereas Journey With Me is more of a galloper.

“We haven’t made a final decision yet, but the Ballymore Novices’ Hurdle would look to be his likeliest target.”

Both the Champion Chase and the Ryanair are options for Envoi Allen, whose final target is yet to be decided – while staying novice hurdler Shantreusse will go for the Albert Bartlett.

On Mares’ Hurdle favourite Tellmesomethinggirl (11/4), De Bromhead said: “We are very happy with her. She ran great at Leopardstown last time and she is where we’d like her to be in terms of her preparation.

“We’ve had the Mares’ Hurdle in mind for her all season and that is where she’s being aimed.”