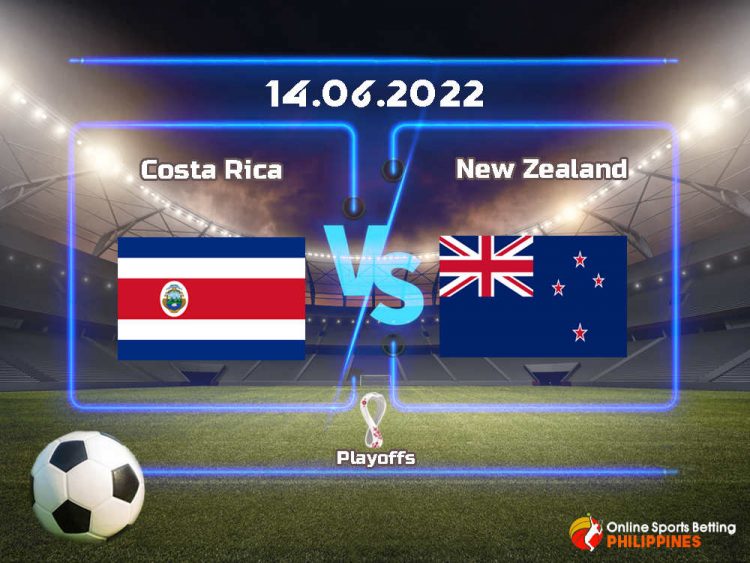 Costa Rica and New Zealand square off in the battle that will decide which team goes to Qatar this November for the World Cup tournament. The stakes are the highest possible, and it’s no wonder why the eyes of the entire world are pointed to this event. Just to remind you that this affair will tell us about the last team that goes to the World Cup, which is another reason for the big hype that surrounds it.

Since the start of the millennium, this team has been almost regular at the World Cup tournaments. They have a chance to secure their third appearance in a row if they beat New Zealand, which would only cement their status of a respectable force in today’s football.

If you remember, they reached the quarterfinals eight years ago in Brazil, and four years after that ended last in the group with Brazil, Switzerland, and Serbia. This unit was pretty close to finishing among the top three places in the CONCACAF World Cup qualifiers, missing the direct ticket to Qatar due to a goal difference. They were three points short of Canada, who was first.

The team has only one loss in the past nine games, with one draw and seven wins. We need to say that Costa Rica beat USA, Canada, Jamaica and played without goals with Mexico during that run. They like defensive-minded events, with only one in the past 10 seeing three or more scores. Eight were with both teams scoring.

The Kiwis had no trouble reaching the playoffs because of a poor competition in Oceania. Once Australia decided to move to the Asian federation, New Zealand was left alone to dominate all the other nations in this part of the world.

They smashed and bashed all the rivals in the WCQ, but as soon as they played with nations from other federations, New Zealand experienced failures. For example, they had one clash with Jordan in late January, which ended with a loss, 3-1, then two recent games in the past 10 days, a defeat against Peru, 1-0, and a goalless draw vs. Oman.

As you see, they aren’t very good against stronger crews, meaning that it is no wonder why the bookmakers have doubts about their power.

The only recorded game in the recent past occurred in 2007 when Los Ticos trashed the Kiwis in a friendly international, 4-0.

When looking at this matchup in general, Costa Rica is a much better team and has more chances of winning. That is the bottom point. Why? First, they have superb defense, the one that allowed only 8 goals in CONCACAF qualifiers, while on the other side, New Zealand didn’t score in two of the last three events played outside its confederation. Secondly, Los Ticos have a history of playing matches like this one, which can’t be said for the Kiwis.