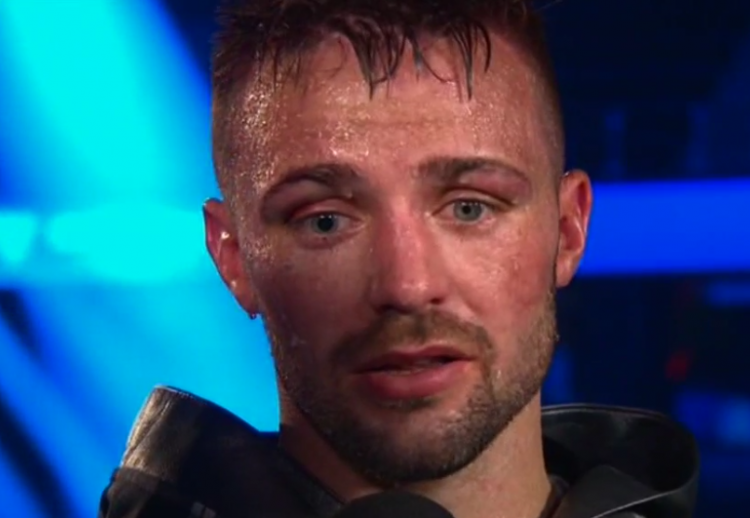 Englishman Catterall is hardly fancied to be the first man to beat 1/16 Taylor at the SSE Hydro but he insists he’s prepared well for the big scrap and knows he must be focused and keep his head if he is to cause a big upset.

That approach will be in contrast to what happened at Friday’s weigh-in when Catterall grabbed Taylor’s throat during a tense and angry head-to-head face-off between the pair.

Catterall, who is 6/1 to be knocked down in rounds 1-3, told Sky Sports: “I have worked every aspect of my game. It’s about keeping a cool head in a hot kitchen.”

When asked about his opponent grabbing him in the weigh-in, Taylor said he wasn’t bothered by the aggression and said he expected that sort of reaction from the 28-year-old, who he vowed to knock-out in Glasgow.

Taylor, who has 18 wins from 18 and 13/8 to win on points on Saturday, is one of just six boxers to have become a unified four-belt world champion.

The 31-year-old has held the WBA (Super), IBF, and Ring magazine titles since 2019 and the WBC and WBO titles since overcoming Jose Ramirez in May last year. He also held the Commonwealth light-welterweight title from 2016 to 2017, and, as an amateur, won a silver medal at the 2010 Commonwealth Games and gold at the 2014 Games.

Catterall, meanwhile, is a former British champion and former WBO Inter-Continental title-holder but he’s had to wait patiently for his chance to take on Taylor. He took a step-aside deal to allow Ramirez his opportunity against Taylor last year, knowing he would step up to take on the winner and Saturday is his night of destiny.

The Chorley-born boxer, who is also unbeaten from his 26 pro fights, weighed in a pound lighter than Taylor at 10st (139lbs).