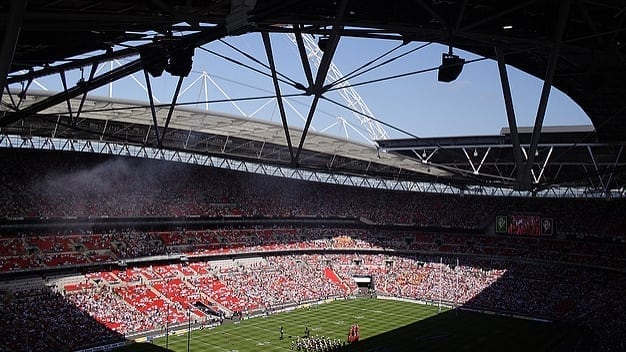 Port Vale boss Darrell Clarke says he and his players will give it “everything” to beat his former club Mansfield Town in Saturday’s League Two play-off final at Wembley (Mansfield 13/8, Draw 2/1, Port Vale 15/8 – Match Betting).

The Stags only just sneaked into the playoffs in seventh place following a draw on the final day of the regular season, although Port Vale were only one point better off despite finishing two places higher in fifth.

Arguably the form is with Nigel Clough’s side as they are unbeaten in six matches heading into Saturday’s final, which includes winning both legs of their semi-final against Northampton Town, who of course finished in fourth place in the regular season.

Vale struggled towards the end of the campaign, losing three games on the spin before securing a 1-0 win away at Exeter City in their final game to secure a play-off berth and deny the Grecians the title in the process. Clarke’s men also had to overcome a 2-1 defeat to Swindon Town in the first leg of the semi-finals, winning 1-0 at Vale Park before progressing on penalties.

Mansfield are hoping to return to the third tier for the first time since 2003, but their former player is hoping to ruin their dreams with the Valiants determined to end their own four-year spell in League Two.

Clarke, who has had a challenging campaign on and off the field, made over 150 appearances for Mansfield as a player, but he says he will be doing all he can to help Vale earn promotion.

Port Vale (10/1 to win match after extra-time) have not appeared at Wembley since 1993, and Clarke says he is desperate to reward those that have helped him at the club.

He told BBC Radio Stoke: “We must try to take the emotions out of the day.

“The focus has to be doing the best for the football club, making sure we’re as well prepared as we can be and the finer details have been done. It’s very difficult because it’s Wembley.

“The burden I carry is for other people. I want it so badly for other people. There’s no more fitting people than the Shanahan family [the club owners], [director of football] David Flitcroft and the board of directors.

“That’s where my pressure come from because you want to do well for good people. You only enjoy it if you win. The end result is the focus. Nobody wants to lose finals. We’ll be giving it everything.”

Mansfield’s George Maris is a doubt ahead of kick-off, while Clarke has no new injury concerns to contend with.