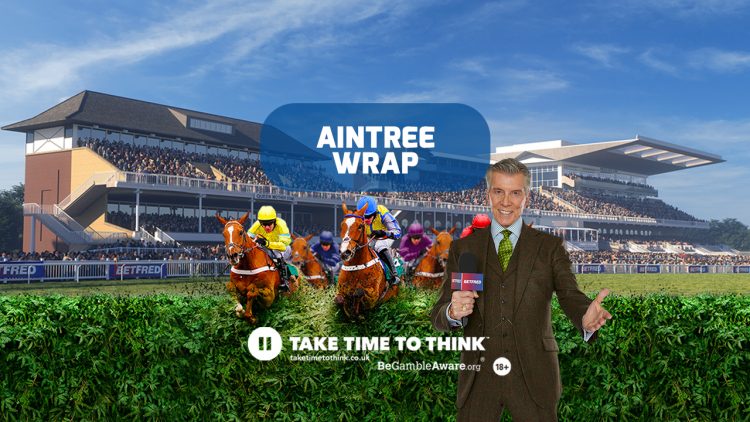 Thursday saw Clan Des Obeaux become the first horse to win back-to-back renewals of the Grade 1 Bowl Chase at Aintree since Silviniaco Conti in 2014 and 2015.

The 10-year-old, using blinkers for the first time, was back to his best to score for trainer Paul Nicholls with jockey Harry Cobden in the saddle.

It looked like in the dying stages Clan Des Obeaux, part-owned by former Manchester United manager Sir Alex Ferguson, was running out of steam but runner-up Conflated just ran out of track to claim the win.

Thursday’s action got off to a flying start in the SSS Super Alloys Manifesto Novices’ Chase with Millers Bank claiming the win ahead of second-place War Lord and The Widdow Maker in third.

It looked like a dead heat in the second race of the day in the Jewson Anniversary 4-y-o Juvenile Hurdle between Knight Salute and Pied Piper.

However, after a stewards’ inquiry, Pied Piper was demoted to second for interference, which handed Knight Salute the victory.

Nicky Henderson’s Epatante (16/1 2023 Champion Hurdle winner) lived up to expectations to win the Aintree Hurdle, as he managed to see off Monmiral and McFabulous, who had to settle for second and third respectively.

There was more drama to come with jockey Gina Andrews producing a fine display to win on Latenightpass to win the Randox Foxhunters’ Open Hunters’ Chase.

Andrews had a great ride to see off the challenge of Cat Tiger and Porlock Bay for the victory.

In the penultimate race of the day, The Last Day held on to win the Red Rum Handicap Chase, with Dancing On My Own second and Shakem Up’arry third.