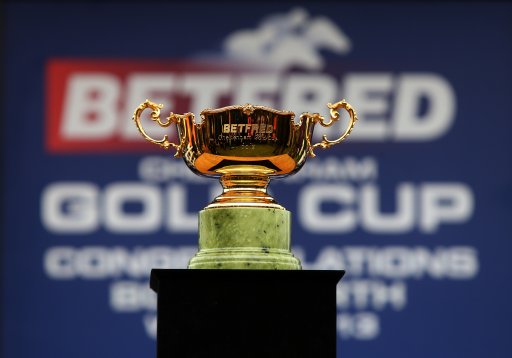 AL BOUM PHOTO – Dual Gold Cup winner who bids to emulate Kauto Star as the only horse to regain his crown. Had his usual prep for this on New Year’s Day at Tramore despite Willie Mullins suggesting we may see more of him this season. Knows what it takes to win here and the Mullins/Townend combo had a great week but has work to do to turn form around with the first two and isn’t getting any younger. A PLUS TARD – Run out of it close home by Minella Indo twelve months ago but that took his festival record to 132 and started this season with a 22 length demolition job in the Betfair Chase at Haydock. Chinned on the line at Leopardstown by Galvin in a cracking renewal of the Savills Chase over Christmas and has leading claims once again. Arguably not as strong a stayer as others so could be vulnerable if it becomes a test on sticky ground. ASTERION FORLONGE – Jumping frailties have blighted his chasing career, coming to grief on four of his ten starts over the big obstacles. Clearly has huge ability and well backed for the Irish Gold Cup last month but stayed on at one pace in fourth. Would have been second in King George but for tipping up in the last but surely will come up short over longest trip he’s tackled and the sternest of jumping tests.

AYE RIGHT – Sporting decision by connections to go for Gold. Third in last year’s Ultima Handicap Chase and filled the same spot in the Cotswolds Chase in January. Game winner of the Rehearsal Chase in November but cutting off more than he can chew here. Will run respectably but hard to see him involved in the finish.

CHANTRY HOUSE – Fantastic novice campaign that resulted in wins at Cheltenham and at Aintree last spring. All started well this campaign in a match race but didn’t sparkle at all in the King George and was very workmanlike in the Cotswolds Chase on Trials’ Day. Positive vibes form Nicky Henderson in recent days but all the rainfall on Wednesday wouldn’t have been appreciated. GALVIN – From humble beginnings Galvin has become a leading contender for racings Blue Riband event. A fall on chasing debut at Galway was not a sign of things to come as he ended his first campaign finished second in the now defunct novice handicap chase here in 2020. He returned here last year to take the National Hunt Chase to confirm his stamina and has taken his form to a new level this season, winning over Christmas at Leopardstown. Is stamina laden which is a strong suit for a Gold Cup, and I think he will take the world of beating for Gordon Elliott and Davy Russell. MINELLA INDO – Reigning Champion who showed all his guts to grind out victory twelve months ago, holding off A Plus Tard and Al Boum Photo. That took his festival record to 121 after Albert Bartlett victory and RSA second. Been below par this season so far, including pulled up in the King George but was his best effort last time when running on second to in the Irish Gold Cup and we know he comes alive in the spring. Write him off at your peril, especially if it becomes a stamina test. PROTEKTORAT – An unknown quantity over three miles and the shortest priced English challenger. Absolutely sluiced up in the mud at Aintree in December on his first try beyond three miles. Won a Grade 1 at Aintree last spring and ran a cracker to be second doff top weight at Cheltenham in November and could still be improving at the age of seven, but this is the acid test. ROYALE PAGAILLE – The 21m of rain that fell on Wednesday would have been very welcomed by connections and that brings him into the reckoning. A strong stayer who produced a fabulous weight carrying performance to win at Haydock in January. Sixth in the race last year as a novice and jockey Charlie Deutsch, who has already a Grade 1 on the board this week, says he is much more streetwise and a better jumper this season. Player at a price. SANTINI – Second to Al Boum Photo two years ago but hasn’t won since January of that year. Left Nicky Henderson in the summer to join Polly Gundry and ran well to be second to Chantry House in the Cotswold Chase. Jockey Nick Scholfield says he will improve a bundle for it and if this turns into a real test in sticky ground he could be staying on into a place. Hard to see him win but not a forlorn hope if things fall his way as stamina is his strong suit. TORNADO FLYER – Shock winner of the King George over Christmas on just his second start over three miles having been labelled a doubtful stayer. Willie Mullins states he may improve for the extra trip, but the King George fell apart and he picked up the pieces. Been found out plenty of times at the top level and a few would have to underperform for him to claim gold.

VERDICT – A wide open renewal at around 7/2 the field of eleven runners. I have been a big fan of GALVIN since the start of the season, and I am not ready to change my mind. He has a fantastic blend of speed and stamina, the perfect combination for a Gold Cup challenge and he can give both Gordon Elliott and Davy Russell a second Gold Cup.

Minella Indo can be expected to put up a solid defence as he has a great festival record and comes alive in the spring, while Royale Pagaille will benefit from easing of the ground this week and can put last years’ experience to good use and hit the frame.