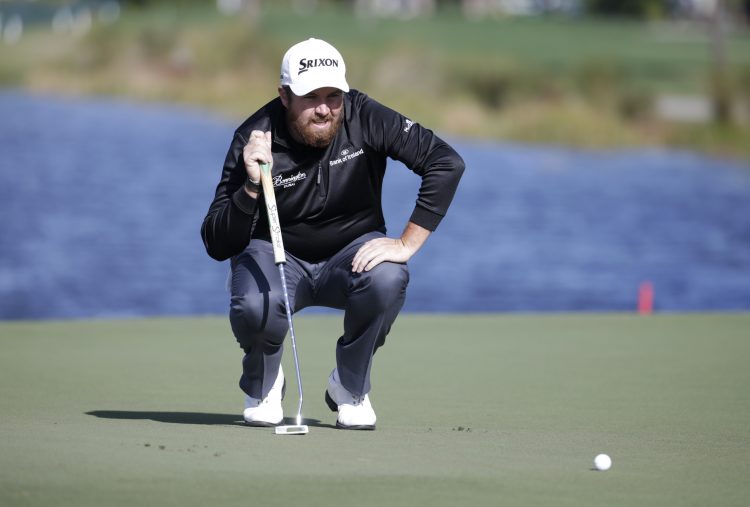 Shane Lowry (40/1 – Tournament Outright) admits he’s had little time to prepare for the the WGC-Dell Technologies Match Play, which starts on Wednesday, but will give it his best shot after being drawn in a group alongside Brooks Koepka, Harold Varner III and Erik van Rooyen.

Lowry takes on world number 40 Varner first in the round-robin format in Group 16, which makes up the first three days of the event at the Austin Country Club, before he goes up against Van Rooyen, who is ranked 61st, and world number 20 Koepka.

The 64-man field is split into 16 groups of four, with only the group winners advancing to the knockout stages at the weekend and Irishman Lowry, who is seeded 28th, admits the build-up to the tournament has been hectic following The Players Championship and the Valspar Championship in the past few weeks.

“The Match Play, it’s going to be good, but it’s a quick turnaround,” the world number 33 said. “I feel like I have had no days off the last few weeks. It’s been busy with The Players going into Monday and the matchplay with the Wednesday start.

“Hopefully, I can go out and win my match on Wednesday and see where we go from there.”

Lowry finished tied for 13th in The Players at Sawgrass and followed it up with a T12th finish at the Valspar and the 2019 Open champion is 10/11 to beat Varner in his opening match. His American opponent is 5/4 and a tie is 13/2.

Lowry reached the last 16 on his debut in the WGC Match Play in 2013, but he’s failed to progress past the initial group stage since the round-robin format was introduced in 2015, winning three, halving three and losing nine of his 15 matches.

It’s a strong field for the event with only the top 64 in the world rankings following the conclusion of The Players earlier this month automatically eligible to compete, with players immediately below them in the rankings then replacing any withdrawals.

Six of the eligible field have decided not to take part, including Players Championship victor Cameron Smith and Valspar winner Sam Burns. Rory McIlroy has also opted to miss the tournament, Phil Mickelson remains on a break from golf, while Hideki Matsuyama and Harris English are both injured.

World No 1 Jon Rahm (14/1 – Tournament Outright) has former Masters champion Patrick Reed in his group, along with Cameron Young and Sebastian Munoz, while Bryson DeChambeau (33/1 – Outright) returns to action in a group containing English duo Lee Westwood and Richard Bland, who is making his debut, and Talor Gooch.

Jordan Spieth (30/1 – Outright) is part of an all-major winning group alongside Adam Scott, Justin Thomas and Keegan Bradley, while English hopefuls Matt Fitzpatrick, Tommy Fleetwood and Ian Poulter are in with Scottie Scheffler.