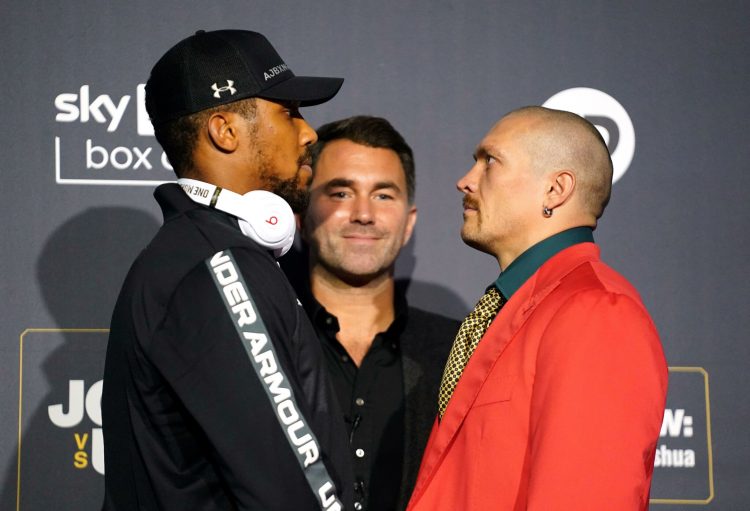 Anthony Joshua’s career is potentially on the line on Saturday when he faces Oleksandr Usyk on Saturday in their heavyweight rematch (Usyk 8/15, Joshua 13/8, draw 20/1 – Bout Betting).

The Ukrainian surprised many onlookers with his defeat of AJ in their first fight back in September at the Tottenham Hotspur Stadium.

Usyk scooped the IBF, WBA, WBO, and IBO heavyweight belts following a boxing masterclass which saw him win by a unanimous decision.

The loss for Joshua was just the second of his career and he will be hoping to summon the sort of performance that saw him respond to his only other defeat.

Joshua was stunned by Andy Ruiz Jr in their first fight in 2019 but six months later, he beat the American on points in Saudi Arabia.

Now, the 32-year-old prepares to return to the gulf state for his rematch with Usyk and millions of eyes will be on Englishman as he seeks to reclaim his belts.

Usyk won the first fight because of his superior tactical plan and boxing IQ – Joshua has made the most out of his sheer physical presence but he struggled to land many blows on the Ukrainian, who has spent much of his career fighting at cruiserweight.

Despite being the shorter man, Usyk was able to out-jab Joshua throughout the contest and forced him to move around the ring and defend.

The rematch may well be won and lost in the opening few rounds – Joshua has to come out of the blocks quickly and try to land one of his trademark heavy hits on Usyk to potentially affect his game plan.

However, that will be easier said than done, and southpaw Usyk will probably come into this fight even more confident following his win last time. It was the bigger Briton who looked in the greater danger of getting stopped and he will therefore be under the greater pressure as he looks to reclaim the belts.

The longer the fight goes on, the more Usyk’s incredible fitness and staying power will come to the fore – by then Joshua could go for broke and come out swinging.