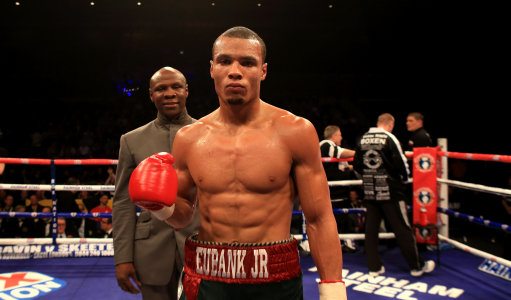 Chris Eubank Sr and Nigel Benn shared one of the most iconic rivalries in British history during their prime years in the 90s.

Both ended their careers as former super-middleweight world champions, but it was Eubank Sr that won the first bought in 1990. three years later, they were inseparable in a split decision draw, but the rivalry put both fighters on the map.

A whopping 15.6million people on terrestrial television watched their rematch, and the hype for their sons’ fight is already building.

Eubank Jr and Conor Benn will fight at a catchweight limit, and the former comes into the contest with more experience, having won 32 of his 34 fights.

When asked about the fight, Eubank Jr told BBC Sport: “He has walked the same path as I have. I know his struggle. Living in the shadow of a legend and trying to break out of that shadow and make his own name.

“In terms of anticipation, legacy and hype, it’s the biggest fight of my career.”

Benn, who has won all of his 21 bouts since turning professional in 2016, will have to step up in weight in two months’ time, but he says he is ready for the challenge.

“This fight is for the legacy and was an opportunity I felt I couldn’t pass up.

“My team and I had other options on the table as I’m currently ranked top five with all governing bodies at welterweight, and no doubt I’m looking for a world championship fight very soon, but this fight is embedded with so much history, and I know it’s one the public really want to see.

“To me, this fight is personal – it’s more than titles and rankings; this is unfinished business between our families!”

Eubank Jr will fight for the first time since a career-best display against Liam Williams in February, while Benn battled past Chris van Heerden in just two rounds in April.

British boxing is in the headlines at the moment, with all eyes on Anthony Joshua as he prepares to face Oleksandr Usyk in their rematch in Saudi Arabia on Saturday, 20th August (Usyk 8/15, Draw 20/1, Joshua 6/4 – Bout Winner).