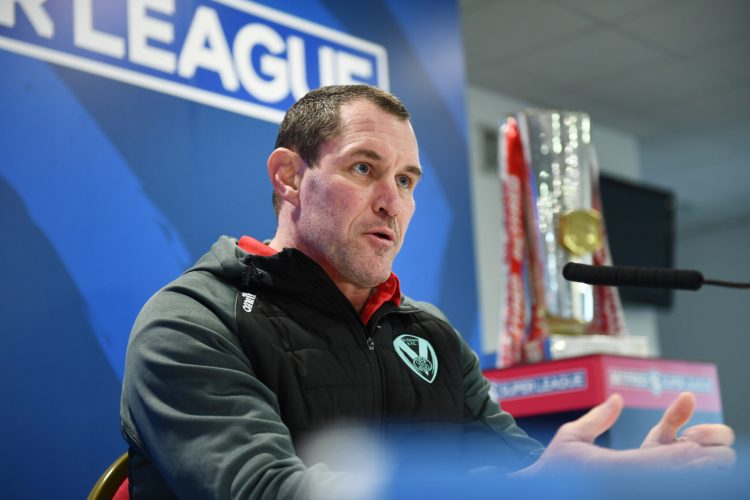 The second round of Betfred Super League matches took place over the weekend and defending Grand Final winners St Helens were in ominously good form.

Saints have picked up exactly where they left off from last season after a convincing 38-6 win against Hull FC at the MKM Stadium.

Aided by an early red card to Hull half-back Luke Gale for a late challenge on Jonny Lomax, the visitors were in complete control and ran n six tries.

Daryl Powell played down the emotion of the occasion beforehand but it will have been a big evening for him on Thursday as he faced old club Castleford Tigers for the first time since departing for Warrington Wolves.

However, his players made the occasion much easier as Warrington sauntered to a 34-10 win.

The playmaking trio of Stefan Ratchford, Gareth Widdop, and George Williams were excellent, while winger Josh Charnley broke the 250 career try barrier with a brace.

Salford Red Devils have been somewhat the surprise packages so far with two wins from two.

They coasted to a 38-12 win against Super League new boys Toulouse with the day belonging to winger Ken Sio.

He crossed over four times with Salford sat third after two matches.

While Richard Agar’s Leeds Rhinos were narrowly beaten by Warrington in week one, Friday saw them comprehensively outplayed by Wigan Warriors.

They started well as debutant Blake Austin grounded, but as soon as Wigan got their first try, Leeds were overwhelmed.

Jai Field got a hat-trick and the Rhinos eventually succumbed to a poor 34-12 defeat.

It was always going to be difficult for Toulouse in their maiden Super League season but two games in and already they may be fearing the worst.

Last week, they were thrashed 42-14 by Huddersfield Giants, and this week they conceded 38 points to Salford.

Given both Salford and Huddersfield finished outside the play-offs last season, those results don’t bode well going forward.

Tony Smith’s Hull KR were well beaten by Wigan in round one and lost once more against Huddersfield over the weekend.

With just 22 points registered, they have been the least potent team in the opening rounds so far and must find a way to change that.