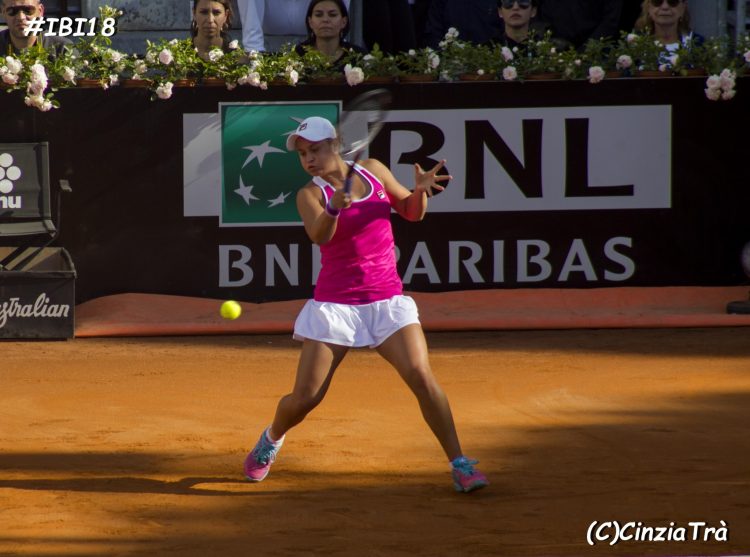 World number one Ashleigh Barty remains on track to become the first Australian to win the singles title in Melbourne since 1978 after producing a dominant performance against Madison Keys to reach the women’s singles final.

Barty has been in terrific form throughout her home slam and she is now just one victory away from becoming the first Australian – man or woman – to win the singles title since Christine O’Neil’s triumph in 1978.

The 25-year-old only faced two break points on her serve, saving both of them, as she ran out a comfortable 6-1 6-3 winner against unseeded American Keys, who couldn’t live with the world number one.

It means the two-time Grand Slam champion, who has only lost 20 games in total during the tournament, has reached the final in Melbourne for the first time, having fallen short in 2020 when being knocked out at the semi-final stage, and she is delighted to be this close to glory.

“It’s just unreal – as an Aussie we are spoiled that we are a Grand Slam nation, and now we have a chance to play for a title,” Barty said, as quoted by BBC Sport.

Barty will now take on another American in the shape of 27th seed Danielle Collins, who defeated 2020 French Open champion Iga Swiatek in straight sets to reach her first Grand Slam final.

The 28-year-old US star, who reached the semi-finals at this event in 2019 before losing to Petra Kvitova, was solid on her serve throughout the contest as she recorded a 6-4 6-1 victory.

Barty leads the head-to-head statistics against Collins in the singles, winning three of their four meetings, but the American did triumph the last time these two met in the last-16 of the Adelaide 500 in 2021.

Friday’s action will see the remaining four male players battle it out for a place in the final, starting with the clash between Berrettini and Nadal (Match Betting – Berrettini 13/8, Nadal 1/2).

The Italian is preparing for his first semi-final at the Australian Open but he is no stranger to the big stage, having reached the final of Wimbledon last year.

As for Nadal, if he were to lift the trophy, which he did back in 2009 for the first time and only time, he would become the all-time record Grand Slam holder with 21 titles.

The winner of that semi-final will face the winner of the second SF clash between Stefanos Tsitsipas and Daniil Medvedev, who came from two sets down to beat Felix Auger-Aliassime in the previous round.

Russian Medvedev, who was the pre-tournament favourite, is aiming for his second slam success after he broke his duck at the 2021 US Open.

Greek star Tsitsipas will be appearing in his third Australian Open semi-final, having also reached this stage in 2019 and 2021, and he is 15/8 to get the better of his opponent, who is 2/5 to make the final.