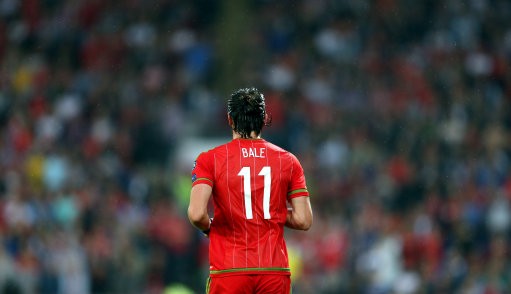 Wales boss Robert Page hailed the talents of Gareth Bale as his side booked their place in the World Cup play-off finals on the same night Italy crashed out of qualifying.

Real Madrid’s Bale, who has been struggling with injury of late that ruled him out of the El Clasico defeat to rivals Barcelona, scored both goals as Wales earned a 2-1 in over Austria on Thursday night.

The 32-year-old struck a perfect free-kick past Austrian keeper Heinz Linder for the opener, before a fine strike inside the box to double Wales’ lead.

Marcel Sabitzer’s deflected shot did get Austria back into the contest at the Cardiff City Stadium, but Wales hung on to secure their place in the play-off finals.

Now just Scotland or Ukraine stand in the way of Wales and the 2022 World Cup in Qatar and Page was full of praise for his team and Bale at the full-time whistle.

“I don’t think it’s sunk in properly yet. What a game, what a night, what an occasion,” said Page. “The star man turns up – I have just said to him that’s the best free-kick I have ever seen in my life.”

While the Welsh were celebrating in Cardiff, there was a stunned atmosphere in Palermo as Italy suffered a 1-0 defeat to North Macedonia to end their hopes of reaching the World Cup.

Just two months after they met in the Africa Cup of Nations final, which Senegal won, they meet again in Cairo.

It’s once again a clash that sees Liverpool duo Mohamed Salah and Sadio Mane face off in a clash between two African heavyweights at Cairo International Stadium.