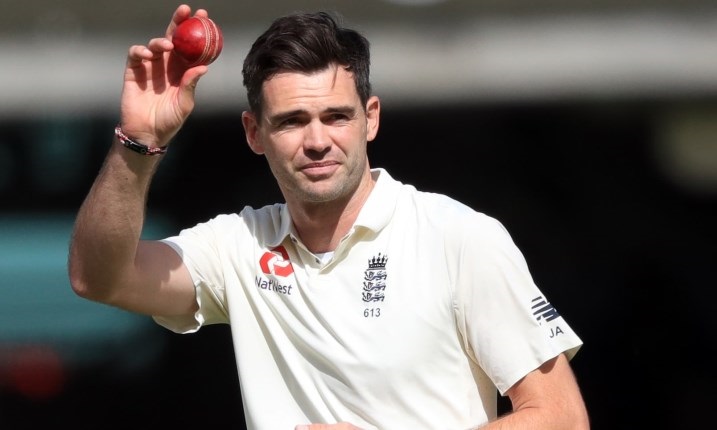 England seamer James Anderson says he “does not feel old or that I’m slowing down” as he prepares to play his first Test match as a 40-year-old on Wednesday against South Africa (First Test Match Winner – England 5/6, Draw 13/5, South Africa 11/4).

The legendary bowler, who is England’s all-time wicket-taker in Test cricket, turned 40 at the end of last month but is still regarded as a key player for his country.

Anderson is expected to make his 173rd Test appearance on Wednesday when the Three Lions start a three-match series against South Africa at Lord’s (England 4/7, South Africa 3/1, Draw 9/2 – Series Betting).

The Lancashire bowler still looked very dangerous in England’s recent series’ against New Zealand and India, taking 17 wickets at an average of 18.29.

England have looked to freshen up their squad since the installation of Ben Stokes as captain and the arrival of Brendon McCullum as coach.

However, both Anderson and Stuart Broad continue to be heavily involved in the bowling attack as England seek experience with the ball.

Speaking ahead of Wednesday’s encounter, Anderson says he does not feel any less capable despite his age and still thinks he can give much more to the side.

“It is just a number next to name, it is not how I feel,” said Anderson.

“I don’t feel old or that I’m slowing down. I don’t have any personal goals I just want to keep enjoying my cricket.

“During the Tests earlier in the summer I felt really invigorated by the way we were asked to bowl as a bowling group. It was a change of mindset. I loved the aggressive nature of it and I’m looking forward to being a part of it.”

Anderson’s Test career looked to be in jeopardy at the beginning of the year when he was dropped for the series against the West Indies following a disastrous Ashes Down Under.

However, he has worked his way back into the side and heads a mixture of experience and youth in the bowling attack along with Broad, Matthew Potts, Ollie Robinson, Jack Leach, and Craig Overton.