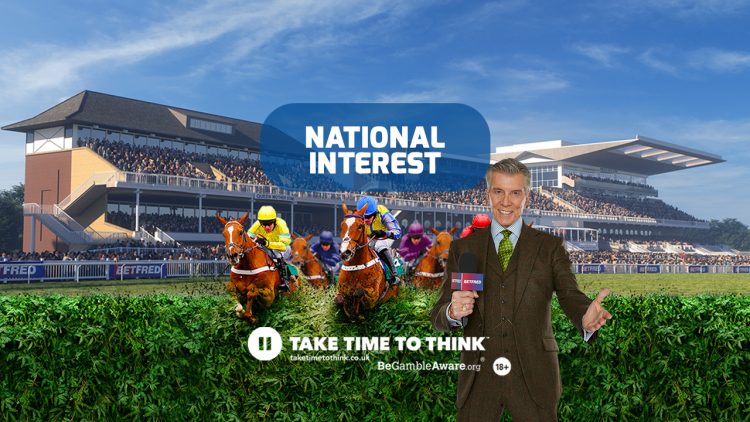 Trainer Dan Skelton feels Allmankind (12/1) can get back to his best as he looks to land the Melling Chase on day two of the Aintree Festival.

The six-year-old has been destined to return to Aintree since beating Itchy Feet by one length at the Merseyside venue in October.

His form hasn’t been as spectacular as Skelton may have hoped in the meantime, coming home fifth at Huntingdon in December, before he was pulled up at Fontwell in February, however, the trainer still has high hopes for Friday’s 15:30 contest.

Skelton said: “He had a great start to the season but hasn’t quite worked out the last couple of runs, but he put so much in at Aintree in October.

“He likes the track and is in good form at home; he’s just got to put two very unusual runs for him behind him. I’m sure it will all come back.”

Joseph O’Brien’s Fakir D’Oudairies claimed a highly impressive 11-length victory in this race last year and he’s set to go off as the 5/4 favourite.

He’s picked up two wins from five outings since that fantastic performance, including a triumph last time out in the Ascot Chase.

O’Brien said: “He has a great chance, hopefully. It’s a tough, competitive race but he likes the course and distance.”

Elsewhere, on day two, the Topham Handicap Chase takes place over the National fences at 16:05.

Mister Coffey (7/1) leads the market for trainer Nicky Henderson, who is well represented in a race he’s won on five occasions.

Friday’s card is scheduled to get under way at 13:45 with the 20 Years Together, Alder Hey & Aintree Handicap Hurdle.

The Betway Top Novices’ Hurdle follows at 14:20 when Jonbon (Evens) will attempt to improve on his second place in the Supreme Novices’ Chase at Cheltenham.

Banbridge is the 5/2 favourite in the penultimate Cavani Menswear Sefton Novices’ Hurdle at 16:40.

Day two of the Aintree Festival comes to a close with the Park Palace Ponies Handicap Hurdles, where 7/2 Whizz Kid will attempt to land for Dr Richard Newland.