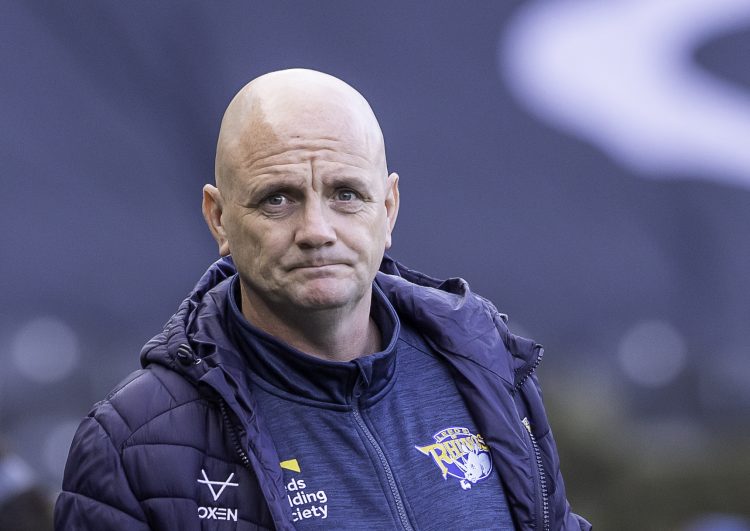 Leeds Rhinos coach Richard Agar knows his side will be in for a tough battle when they visit West Yorkshire rivals Wakefield Trinity in the Betfred Super League on Thursday (Wakefield 9/5, Leeds 4/9, Tie 20/1 – Match Winner).

Both teams will head into the clash at the Mobile Rocket Stadium, having lost their opening three matches of the new season.

The Rhinos lost to Warrington Wolves, Wigan Warriors and Catalans Dragons, while Trinity were also beaten by the Dragons, as well as Hull FC and St Helens.

That has ramped up the pressure heading into Thursday’s contest, and Agar, who knows all about Wakefield having coached Trinity between 2012-14, is expecting a tough battle.

“We’re coming into a game where neither club has got a win, and both will be desperate to get off the mark,” Agar told reporters. “I’ve seen a team that has some good signs in them.

“They’ll get off their line and whack you, and I’ve seen some smart things in how they move the ball. They showed a bit of the Hull KR in them that they’re prepared to chance their arm and kick early.”

Leeds’ (12/1 to win Grand Final) struggles so far this season have not been helped by a lengthy injury list, with Agar confirming he will be without six forwards for Thursday’s match, with Alex Mellor becoming the latest absentee after he suffered a concussion during last week’s defeat to Catalans.

Wakefield (5/1 to finish bottom) also have fitness concerns, with coach Willie Poching having to make do without Tom Lineham, Corey Hall and Thomas Minns, who all picked up injuries during last Friday’s loss at St Helens.

The most serious of those is the knee injury suffered by winger Lineham, with Poching confirming he expects the 30-year-old to be sidelined for a significant period.

“Tom’s not doing too well; he’s going to be out a little while,” Poching confirmed. “How long and the exact timeframe, we can’t be sure.

“He’s got a scan tomorrow, and we’ll have a bit more detail then, but he won’t be back for a little bit.”

Leeds have won three of the last four meetings between the two sides, but it was Wakefield that triumphed when they most recently locked horns, claiming a 20-13 victory on home soil last August.