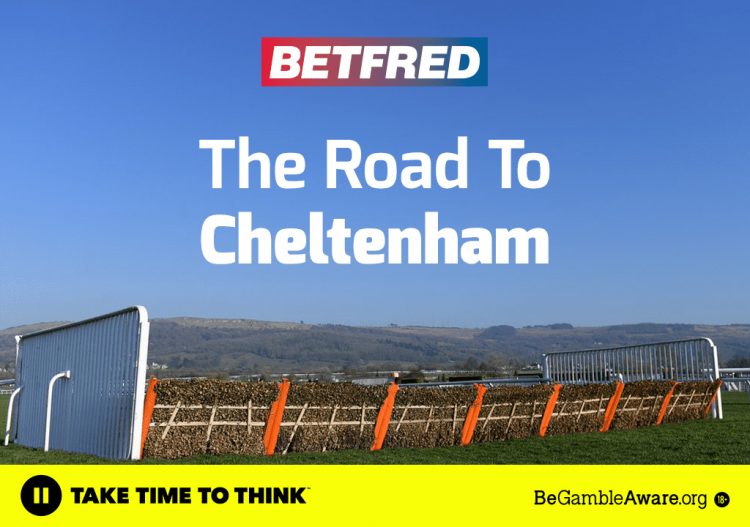 Speaking on Betfred TV’s Road To Cheltenham show, the 44-year-old said: “That horse has got no chance of winning the Gold Cup.”

This is after Nicky Henderson’s eight year-old won the Grade 2 Cotswold Chase at Cheltenham on Saturday, on Trials Day, in what Ross describes as “workmanlike” fashion.

He reckons A Plus Tard is “probably” the right favourite, and that Galvin is rightfully his biggest challenger – while he points out that Dan Skelton’s Protektorat is the unknown quantity in the race.

On the weekend’s highlight, the Cleeve Hurdle, that saw superstar Paisley Park return to form with a stunning victory despite losing many lengths at the start, Ross said: “It was beautiful to watch.”

When asked if the result says that Paisley Park (now 8/1 at Betfred for the Stayers’ Hurdle) bounced back to form or if Champ (5/1) performed under-par, he replied: “Both.”

A horse Ross was a lot sweeter on was the Gordon Elliott-trained juvenile Pied Piper, who absolutely sauntered to a nine-length success in the Triumph Trial to kickstart the card on Saturday.

He said the four-year-old, who is now our 9/4 favourite for the Triumph in March, “looked phenomenal” on the eye, and suggested that going to war in that race with both him and owner/stablemate Fil Dor (3/1) wouldn’t be a bad idea at all.

Ross also spoke about the dominance of the Irish – including a brilliant story regarding Davy Russell, Henry De Bromhead and vanilla essence in water – and whether he thinks it will be another washout at Prestbury Park in just over 40 days time and the Dublin Racing Festival at Leopardstown this weekend.

Finally, in the first instalment of a regular charity bet feature that will each week see Betfred TV’s Matt Hulmes and our guest go head-to-head at the Festival, Ross opted for £50 each-way on Epatante at 9/1 in the Champion Hurdle – while Matt is sticking firmly with Champ, sticking £100 straight up on him winning the Stayers’ Hurdle.

Any/all winnings will be going to Jack Berry House, who do excellent work in providing specialist rehabilitation treatment for physical and neurological injuries for jockeys.

Watch the full Road To Cheltenham episode below

Be sure to tune in next Monday on the Road To Cheltenham.